Before the shooting, Solanas had been a marginal figure in the Factory scene. She founded a "group" called S.C.U.M. (Society for Cutting Up Men) and authored the S.C.U.M. Manifesto, a separatist feminist attack on patriarchy. Over the years, Solanas' manifesto has found a following. Solanas appears in the 1968 Warhol film I, A Man. Earlier on the day of the attack, Solanas had been turned away from the Factory after asking for the return of a script she had given to Warhol. The script, apparently, had been misplaced.
Amaya received only minor injuries and was released from the hospital later the same day. Warhol however, was seriously wounded by the attack and barely survived (surgeons opened his chest and massaged his heart to help stimulate its movement again). He suffered physical effects for the rest of his life. The shooting had a profound effect on Warhol's life and art.
Solanas was arrested the day after the assault. By way of explanation, she said that "He had too much control over my life," following which she was eventually sentenced to three years under the control of the department of corrections. After the shooting, the Factory scene became much more tightly controlled, and for many this event brought the "Factory 60s" to an end. The shooting was mostly overshadowed in the media due to the assassination of Robert F. Kennedy two days later.
Warhol had this to say about the attack: "Before I was shot, I always thought that I was more half-there than all-there – I always suspected that I was watching TV instead of living life. People sometimes say that the way things happen in movies is unreal, but actually it's the way things happen in life that's unreal. The movies make emotions look so strong and real, whereas when things really do happen to you, it's like watching television – you don't feel anything. Right when I was being shot and ever since, I knew that I was watching television. The channels switch, but it's all television."

The actress Viva was on the phone with Andy Warhol, whose pop celeb creature she was, when she heard loud cracking sounds coming through the receiver. With some justification, Viva kinkily thought ''it was a whip cracking,'' she said later. But she was hearing gunshots. Aspiring writer-actress Valerie Solanas had walked into the Factory — the downtown Manhattan headquarters for Warhol's Pop art empire — pulled a .32 from the pocket of her trenchcoat and blazed away. Wounded in the spleen, stomach, liver, lungs, and esophagus, Warhol was given a 50-50 chance to live. And so, on June 3, 1968, began the greatest scandale in the career of the man who made an art form of that genre.

Ultra Violet, Viva, and other Warhol-made superstars gathered at Columbus Hospital and speculated on Solanas' motive for shooting the artist. The founder of SCUM (Society for Cutting Up Men), Solanas had appeared as a lesbian in Warhol's 1967 underground film, I, a Man, but she had always been on the outskirts of his circle. Reportedly, she was angry because Warhol wouldn't film an obscenely titled script she had written. Ultra Violet said at the hospital, ''This underground movie world is a mad, mad world with a lot of mad people in it. Maybe this girl was mad herself.''

Most people thought there was no maybe about it. Surrendering later that day to a cop in Times Square, Solanas said, ''The police are looking for me. They want me. I am a flower child. He had too much control over my life.'' At her arraignment, Solanas stated, ''It's not often that I shoot somebody. I didn't do it for nothing.''

Warhol spent two months in the hospital but didn't press charges. Solanas copped a plea to first-degree assault, was sentenced to three years in prison, and became something of a heroine among fringe feminists. After serving her time, she lived quietly in New York, Phoenix, and San Francisco, where she died of pneumonia in 1988 at the age of 52. She survived by a year the man who became the very symbol of an age, the omnipresent, silver-bewigged demiurge of the demimonde, the Pop art pet of café society, who, after gallbladder surgery, finally died alone in the place he feared most, a New York hospital.

On June 3rd 1968, Valerie Solanis, a periodic visitor of Warhol's studio and the founder and soul member of S.C.U.M. (Society for Cutting up Men), entered the studio and shot Warhol three times. Dressed for the occasion and uncharacteristically wearing make-up - perhaps for the media photographs that would inevitably follow, Solanis calmly deployed a plan to claim a place in the hall of fame.

Her list of non-negotiable demands ran as follows : She wanted an appearance on the Johnny Carson show, publication of the S.C.U.M. manifesto in the Daily News, $25,000 in cash and a promise that Andy would make her a star. While she succeeded in getting her photograph in the Daily News with the headline "Andy Warhol controlled my Life" which ran slightly askew of her demands, Solanis' potential stardom was deflated slightly by her timing, in choosing the day that Bobby Kennedy was shot to make her entrance.

However, while robbed of the full glory of that particular moment of fame by the coincidence, this was recently redeemed by the release of a film on the incident entitled "I Shot Andy Warhol".

The front page of the Daily News is ironic in its direct reflection of Warhol's art, reminding us of Warhol's sources and techniques and the reciprocal relationship that existed between Warhol and the mass media.
The assassination attempt had rendered Warhol a victim. He had become just like the victims of society portrayed in his Death and Disaster series, but as a celebrity victim the media relished in their right to comment on this deliciously ironic scenario:

"If he recovers we'll find out it was one big pop-art joke
and he'll be laughing all the way to the bank."

The assassination attempt rounded off with a bang his series on Death and Disaster and also, it seems, his career as a fine-artist. It is perhaps interesting that in later works he revised the subject of death in his paintings of skulls, including a self-portrait with a skull in which he humorously portrays himself as Hamlet.

However, here he is painting with the cynicism that was seemingly injected into every piece of art during the final period of his life. Indeed this cynicism is easily detectable especially if we consider his production of Mao Tse-tung wallpaper and the many painted versions of the Hammer and Sickle that can be viewed as a teasing play on the critical interpretation that had earlier aligned Warhol's art with the thinking of Brecht.

Warhol was no longer concerned with what he was producing or with the critical response. He had made his mark in the world of fine art, as a consideration of the progression of his career demonstrates, culminating in his shift into the highly lucrative occupation of business artist. 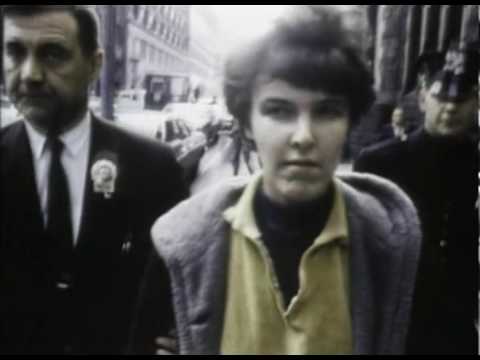