For countless years the rivalry between both sets of fans has been very, very intense, and there have been several cases of deaths and injuries as a result of fan violence.

However, there was none worse than the Puerta 12 (Gate 12) Tragedy on 23rd June 1968, where at River Plate's El Monumental stadium, 71 Boca Juniors fans were killed in a crush at gate 12 and 150 fans injured.

The disaster was the worst football related incident in the history of Argentine football, and the majority of victims were teenagers and young adults. The average age of the victims was 19.

There have been several claims as to what exactly happened on that fateful day, with some claiming the disaster happened after Boca fans threw burning River flags from the upper tiers of the stadium, causing a stampede of their own fans in the lower tier.

Another claim is that it happened after River fans arrived at the Boca section, causing the stampede of the visiting fans.

Yet, others claim that gate 12 was locked, or would not open at the time, and that the fans at the back did not hear the ones at the front telling them to stop coming out.

William Kent, River's former president, claimed that the police were the culprits, as they began repressing Boca fans after they had thrown urine at them from the stands. Some witnesses claim that the turnstiles to the exit were blocked by a huge iron pole

On 23rd June 1968, Argentina’s two biggest clubs and fierce rivals, River Plate and Boca Juniors, played out a scoreless draw at River’s Monumental stadium. Moments after the whistle blew on a forgettable match, the day became etched in history, as 71 Boca fans died in a crush of people at the exit. The average age of the victims was 20.

Other than the '78 tournament, the stadium may unfortunately be best known for the Puerta 12 tragedy of June 23, 1968 (a decade and two days before the Holland-Argentina final). 71 fans were killed in a crush at the Monumental's Gate 12. There are various explanations of what happened in what was one of the worst incidents with soccer fans in the history of the sport (and the worst on Argentine territory, ever). 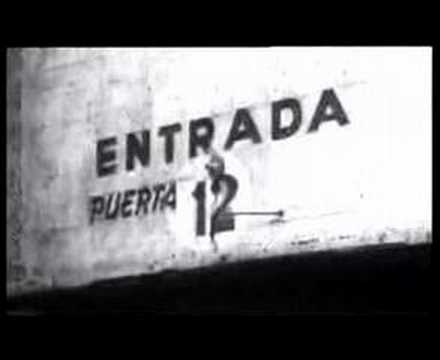