The Beatles release the White Album

The Beatles is the ninth official British album and the fifteenth American album by The Beatles, a double album released in 1968.

It is more commonly known as The White Album as it has no text other than the band's name (and, on the early LP and CD releases, a serial number) on its plain white sleeve. The album was the first The Beatles undertook following the death of their manager Brian Epstein. Originally entitled A Doll's House, the title was changed when the British progressive band Family released the similarly titled Music in a Doll's House earlier that year.

As it was their first studio album in almost eighteen months (and coming after the blockbuster success of Sgt. Pepper's Lonely Hearts Club Band) expectations were high at time of release of The Beatles. The album debuted straight at #1 in the UK on December 1, 1968 (becoming their third album to do so – the first two were Help! and Revolver). It spent seven weeks at the top of the UK charts (including the entire competitive Christmas season), until it was replaced by The Seekers' Best of the Seekers on January 25, 1969, dropping to number two. However, the album returned to the top spot the next week, spending an eighth and final week at #1. Then, it spent another four weeks on the Top 10, and then dropped the charts quicker than Sgt. Pepper. The White Album was particularly notable for blocking the Beatles follow-up album, Yellow Submarine, which debuted (and peaked at) #3 on February 8, 1969, the same week The White Album was dominating the second position on the charts. In all, The Beatles spent 24 weeks on the UK charts (a far cry comparison to the over 200 weeks spent by Sgt. Pepper's). 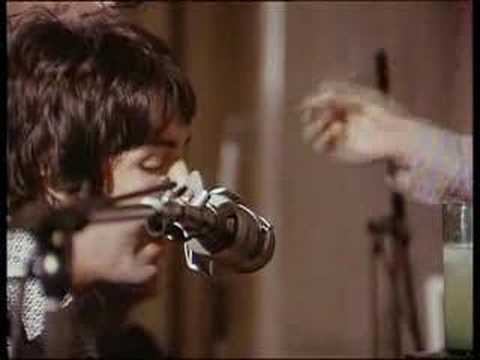