Games of the XIX Olympiad Held in Mexico City, Mexico

The 1968 Summer Olympics, officially known as the Games of the XIX Olympiad, were an international multi-sport event held in Mexico City in October 1968.

Tommie Smith and John Carlos, the gold and bronze medalists in the men's 200-meter race, took their places on the podium for the medal ceremony barefooted and wearing civil rights badges, lowered their heads and each defiantly raised a black-gloved fist as the Star Spangled Banner was played. Both of them were members of the Olympic Project for Human Rights.

Some people (particularly IOC president Avery Brundage) felt that a political statement had no place in the international forum of the Olympic Games. In an immediate response to their actions, Smith and Carlos were suspended from the U.S. team by Brundage and banned from the Olympic Village. Those who opposed the protest said the actions disgraced all Americans. Supporters, on the other hand, praised the men for their bravery.

East Germany and West Germany competed as separate entities for the first time in at a Summer Olympiad, and would remain so through 1988. Barbados competed for the first time as an independent country. Also competing for the first time in a Summer Olympiad were British Honduras (now Belize), Central African Republic, Democratic Republic of the Congo (as Congo-Kinshasa), El Salvador, Guinea, Honduras, Kuwait, Nicaragua, Paraguay, Sierra Leone, and the United States Virgin Islands. Singapore returned to the Games as an independent country after competing as part of the Malaysian team in 1964. 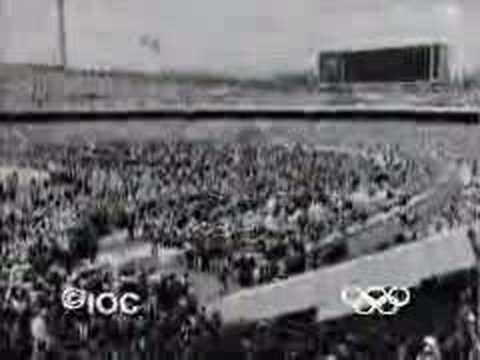