On June 13, 1967, President Johnson nominated Marshall to the Supreme Court following the retirement of Justice Tom C. Clark, saying that this was "the right thing to do, the right time to do it, the right man and the right place." Marshall was confirmed as an Associate Justice by a Senate vote of 69–11 on August 30, 1967. He was the 96th person to hold the position, and the first African American. President Johnson confidently predicted to one biographer, Doris Kearns Goodwin, that a lot of black baby boys would be named "Thurgood" in honor of this choice.

Marshall served on the Court for the next twenty-four years, compiling a liberal record that included strong support for Constitutional protection of individual rights, especially the rights of criminal suspects against the government. His most frequent ally on the Court (the pair rarely voted at odds) was Justice William Brennan, who consistently joined him in supporting abortion rights and opposing the death penalty. Brennan and Marshall concluded in Furman v. Georgia that the death penalty was, in all circumstances, unconstitutional, and never accepted the legitimacy of Gregg v. Georgia, which ruled four years later that the death penalty was constitutional in some circumstances. Thereafter, Brennan or Marshall dissented from every denial of certiorari in a capital case and from every decision upholding a sentence of death. In 1987, Marshall gave a controversial speech on the occasion of the bicentennial celebrations of the Constitution of the United States. Marshall stated, "the government they devised was defective from the start, requiring several amendments, a civil war, and major social transformations to attain the system of constitutional government and its respect for the freedoms and individual rights, we hold as fundamental today."

In conclusion Marshall stated "Some may more quietly commemorate the suffering, struggle, and sacrifice that has triumphed over much of what was wrong with the original document, and observe the anniversary with hopes not realized and promises not fulfilled. I plan to celebrate the bicentennial of the Constitution as a living document, including the Bill of Rights and the other amendments protecting individual freedoms and human rights."

Although best remembered for jurisprudence in the fields of civil rights and criminal procedure, Marshall made significant contributions to other areas of the law as well. In Teamsters v. Terry he held that the Seventh Amendment entitled the plaintiff to a jury trial in a suit against a labor union for breach of duty of fair representation. In TSC Industries, Inc. v. Northway, Inc. he articulated a formulation for the standard of materiality in United States securities law that is still applied and used today. In Cottage Savings Association v. Commissioner of Internal Revenue, he weighed in on the income tax consequences of the Savings and Loan crisis, permitting a savings and loan association to deduct a loss from an exchange of mortgage participation interests. In Personnel Administrator MA v. Feeney, Marshall wrote a dissent saying that a law that gave hiring preference to veterans over non-veterans was unconstitutional because of its inequitable impact on women.

Among his many law clerks were attorneys who went on to become judges themselves, such as Judge Douglas Ginsburg of the D.C. Circuit Court of Appeals; Judge Ralph Winter of the United States Court of Appeals for the Second Circuit; Supreme Court Justice Elena Kagan; as well as notable law professors Dan Kahan, Cass Sunstein, Eben Moglen, Susan Low Bloch, Martha Minow, Rick Pildes, Paul Gewirtz, and Mark Tushnet (editor of Thurgood Marshall: His Speeches, Writings, Arguments, Opinions and Reminiscences); and law school deans Paul Mahoney of University of Virginia School of Law, and Richard Revesz of New York University School of Law. See, List of law clerks of the Supreme Court of the United States.

Marshall retired from the Supreme Court in 1991, and was reportedly unhappy that it would fall to President George H. W. Bush to name his replacement. Bush nominated Clarence Thomas to replace Marshall. 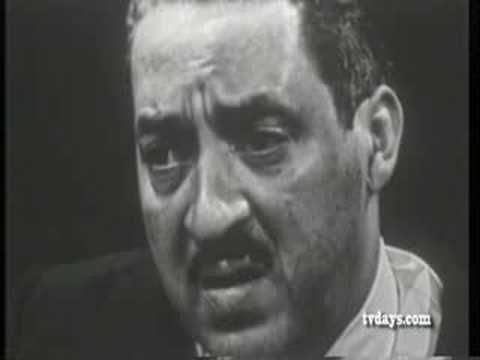