The 1967 USS Forrestal fire was a devastating fire and series of chain-reaction explosions on 29 July 1967 that killed 134 sailors and injured 161 on the aircraft carrier USS Forrestal (CV-59), after an unusual electrical anomaly discharged a Zuni rocket on the flight deck. Forrestal was engaged in combat operations in the Gulf of Tonkin during the Vietnam War at the time, and the damage exceeded $72 million (not including damage to aircraft).

At 10:52 A.M. on July 29, the second launch was being readied when a Zuni rocket accidentally fired from an F-4 Phantom parked on the starboard side of the flight deck aft of the island. The missile streaked across the deck into a 400 gallon belly fuel tank on a parked A-4D Skyhawk. The ruptured tank spew highly flammable JP-5 fuel onto the deck which ignited spreading flames over the flight deck under other fully loaded aircraft ready for launch. The ensuing fire caused ordinance to explode and other rockets to ignite. Spread by the wind, the flames engulfed the aft end of the stricken ship turning the flight deck into a blazing inferno.. Berthing spaces immediately below the flight deck became death traps for fifty men, while other crewmen were blown overboard by the explosion.

Capt. Samuel Mowad, Dental Corps, is retired now, a successful career as a Navy dentist in his wake. Yet the memories of what happened to him and his ship more than 35 years ago is still something he talks about, with the hope that sharing his experiences will help prepare others.

Mowad was a young lieutenant aboard the aircraft carrier USS Forrestal (CV 59) on July 29, 1967, when a stray Zuni rocket from an F-4 Phantom, triggered by stray voltage, set off a chain of events that left 134 dead and more than 300 injured.

The deadly chain reaction began when the rocket hit a parked and armed A-4 Skyhawk (piloted by a young Lt. John S. McCain), rupturing its fuel tanks and feeding fires that enveloped planes parked on deck. The impact also sent a 1,000-pound bomb into the fire, which "cooked off" and killed the flight deck chief and the first wave of trained fire fighters. 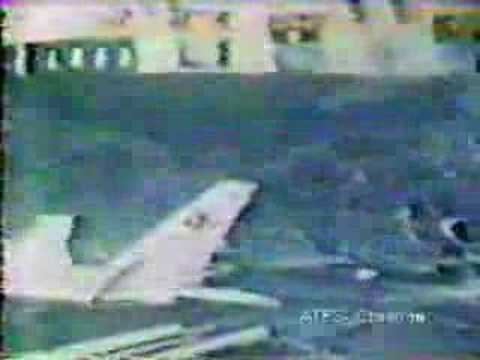