You Only Live Twice (film) released

You Only Live Twice (1967) is the fifth spy film in the James Bond series, and the fifth to star Sean Connery as the fictional MI6 agent James Bond.

The film's screenplay was written by Roald Dahl, and based on Ian Fleming's 1964 novel of the same name. It is the first James Bond film to discard most of Fleming's plot, using only a few characters and locations from the book as the background for an entirely new story.

In the film, Bond is dispatched to Japan after American and Russian spacecraft disappear mysteriously in orbit. With each nation blaming the other amidst the Cold War, Bond travels secretly to a remote Japanese island in order to find the perpetrators and comes face to face with Ernst Stavro Blofeld, the head of SPECTRE. The film reveals the appearance of Blofeld who was previously a partially unseen character. SPECTRE is working on behalf of a third-party, a foreign government represented by Asian officials. Although their country is not named it is possible that they come from the People's Republic of China whose relationship with both the United States and the Soviet Union was at a low point (see Sino-Soviet split).

After its release in 1967, Connery stepped down from the role, leading to the hiring of George Lazenby for 1969's On Her Majesty's Secret Service. Connery later returned officially, one last time, in Diamonds Are Forever (1971). You Only Live Twice is the first Bond film to be directed by Lewis Gilbert, who later directed 1977's The Spy Who Loved Me and 1979's Moonraker, both starring Roger Moore.

The first Bond film to be released in the summertime, the film was a great success, with positive reviews and over $111M in worldwide box office, and has been parodied most prominently by the Austin Powers series and its scar-faced, Nehru suit-wearing Dr. Evil. The backing soundtrack to the film was used by British singer Robbie Williams in his hit "Millennium". 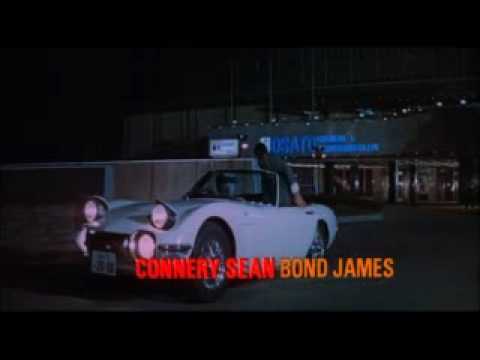