Released 1 June 1967, it became a defining album in the emerging psychedelic rock style; it has since been recognised by prominent critics and publications as one of the most influential albums of all time.

Recorded over a 129-day period beginning in December 1966, Sgt. Pepper sees the band exploring further the experimentation of their previous album, 1966's Revolver. Making use of orchestras, hired musicians and innovative production techniques, the album incorporates elements of music hall, rock and roll, western classical- and traditional Indian music; its lyrics deal particularly with themes of childhood and everyday life. The album is loosely based on a concept that the Beatles are performing as the fictitious band of the album's title; the cover art, depicting the band posing in front of a montage of famous individuals, has itself been widely acclaimed and imitated.

When Sgt. Pepper's Lonely Hearts Club Band was being recorded, "Beatlemania" was waning. The Beatles had grown tired of touring and had quit the road in August 1966. After one particular concert, while being driven away in the back of a small van, the four of them—even Paul McCartney, who was perhaps the most in favour of continuing to tour—decided that it was enough. From that point on the Beatles became an entirely studio-based band. For the first time in their careers, the band had more than ample time with which to prepare their next record. As EMI's premier act and Britain's most successful pop group they had almost unlimited access to the state of the art technology of Abbey Road Studios. All four band members had already developed a preference for long, late night sessions, although they were still extremely efficient and highly disciplined in their studio habits.

George Harrison, the lead guitarist of the Beatles, went on a trip to India to learn to play the sitar, an Indian instrument, with Ravi Shankar, a renowned sitarist. Harrison brought back with him Indian culture and music. 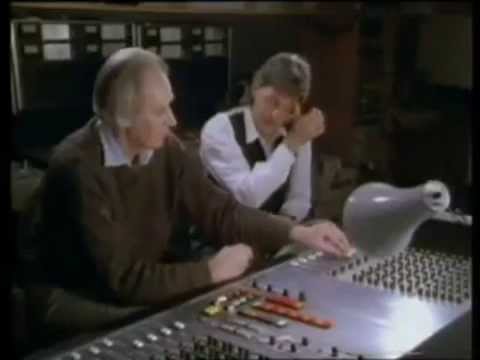