Apollo 4 was the first flight of the Saturn V launch vehicle, carrying no crew.

It was also the first flight of the S-IC and S-II stages of the rocket.

This was the first flight of the Saturn V, the largest launch vehicle ever to fly successfully. It was also the first launch from Launch Complex 39 specifically built for the Saturn V. As well as being the first launch of the S-IC first stage and S-II second stage, it would also be the first time that the S-IVB third stage had been restarted in Earth orbit and the first time that the Apollo spacecraft had reentered the Earth's atmosphere at speeds approaching those of a lunar return trajectory. Because of all these firsts there were 4,098 measuring instruments on board the rocket and spacecraft.

After a testing regime that lasted two months the rocket was finally ready for launch. The propellant started being loaded on 6 November. In total there were 89 trailer-truck loads of LOX (liquid oxygen), 28 trailer loads of LH2 (liquid hydrogen), and 27 rail cars of RP-1 (refined kerosene).

The five F-1 engines sent a huge amount of noise across Kennedy Space Center. To protect from a possible explosion, the launch pads at LC-39 were nearly four miles from the Vehicle Assembly Building. However, the noise was much stronger than expected and buffeted the Vehicle Assembly Building, firing room and press buildings. Ceiling tiles fell around Walter Cronkite in the CBS news booth. NASA later built a sound suppression system that pumps thousands of gallons of water onto the flame trench under the pad. A similar system is still used today with Space Shuttle launches. 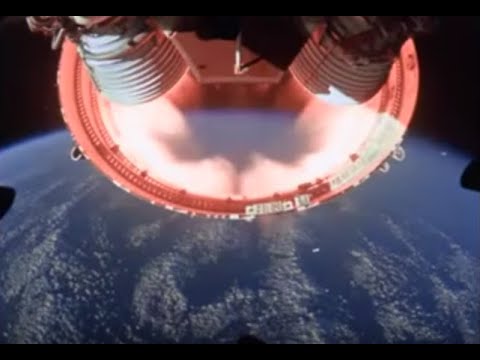