Apollo 1 is the official name that was later given to the never-flown Apollo/Saturn 204 (AS-204) mission.

Its command module (CM-012) was destroyed by fire during a test and training exercise on January 27, 1967 at Pad 34 (Launch Complex 34, Cape Canaveral, then known as Cape Kennedy) atop a Saturn IB rocket. The crew aboard were the astronauts selected for the first manned Apollo program mission: Command Pilot Virgil I. "Gus" Grissom, Senior Pilot Ed White and Pilot Roger B. Chaffee. All three died in the fire.

Although the ignition source of the fire was never conclusively identified, the astronauts' deaths were attributed to a wide range of lethal design hazards in the early Apollo command module. Among these were the use of a high-pressure 100 percent-oxygen atmosphere for the test, wiring and plumbing flaws, flammable materials in the cockpit (such as Velcro), an inward-opening hatch that would not open in this kind of an emergency and the flight suits worn by the astronauts.

On January 27, 1967, tragedy struck the Apollo program when a flash fire occurred in command module 012 during a launch pad test of the Apollo/Saturn space vehicle being prepared for the first piloted flight, the AS-204 mission. Three astronauts, Lt. Col. Virgil I. Grissom, a veteran of Mercury and Gemini missions; Lt. Col. Edward H. White, the astronaut who had performed the first United States extravehicular activity during the Gemini program; and Roger B. Chaffee, an astronaut preparing for his first space flight, died in this tragic accident.

A seven-member board, under the direction of the NASA Langley Research Center Director, Dr. Floyd L. Thompson, conducted a comprehensive investigation to pinpoint the cause of the fire. The final report, completed in April 1967 was subsequently submitted to the NASA Administrator. The report presented the results of the investigation and made specific recommendations that led to major design and engineering modifications, and revisions to test planning, test discipline, manufacturing processes and procedures, and quality control. With these changes, the overall safety of the command and service module and the lunar module was increased substantially. The AS-204 mission was redesignated Apollo I in honor of the crew. 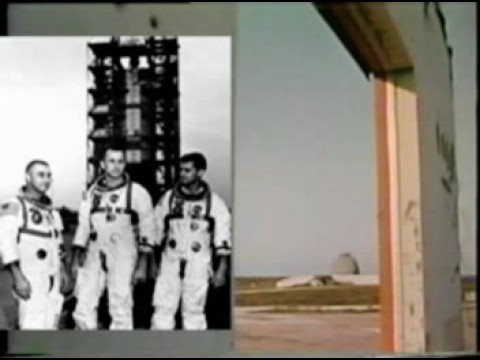