Apple Jacks is a brand of cereal produced by Kellogg's and targeted mainly at children.

It was introduced to the U.S. in 1965. The product is described by Kellogg's as a "crunchy, sweetened multi-grain cereal with apple and cinnamon."

Originally, all Apple Jacks cereal pieces were orange and O-shaped, although they have become brighter and more orange colored over the decades. In 1993, O-shaped green pieces were introduced. On December 8, 2003, as part of a marketing promotion, the orange jacks remained O's but the green jacks were X's for a while (actually, 'jack' shaped, from jumping jacks, the campaign was made as adults made the cereal make 'more sense', as with the flavor), and in summer 2005 the green jacks were figure-8's (double O's) for a period of time. More recently, Apple Jacks has introduced New Apple Jacks 'Crashers' - a unique cereal piece that replicates an unfortunate accident from a mid '07 advertising execution. The latest (limited) edition, in early 2008, is "Criss-cross," in which there are 3 colors; orange and green O's and red X's.

The first Apple Jacks mascot in the 1960s was "Apple Head", a figure made from cutting a face onto a real apple and applying a hat and pieces of cereal for eyes.

In the late 1960s the box depicted an "Apple Car" with pieces of cereal for wheels.

Around 1971, the official mascots became "The Apple Jacks Kids", a simplistically drawn animated boy and girl duo. The commercials featured the children singing and tumbling around. Their reign lasted almost twenty years, making them the most well-known Apple Jacks mascots and most universally associated with the cereal in the public's memory. During this time, the Apple Jacks jingle became an integral part of the ad campaign: "A is for apple, J is for Jacks, Cinnamon-toasty Apple Jacks!" This campaign was retired in the late 1980s.

A television ad campaign in the 1990s featured children expressing their enjoyment of Apple Jacks, regardless of its lack of apple flavor. The slogan for this campaign became "We eat what we like". The shift toward marketing cereals directly at children signaled the growing recognition of children's influence on family purchases.

As of 2005, the marketing mascots are a care-free Jamaican cinnamon stick named CinnaMon and an accident-prone apple named Bad Apple. Labeled as Apple Jacks Adventures in print advertising, the commercials focus on CinnaMon upstaging Bad Apple by reaching a bowl of Apple Jacks before he can, in spite of the apple's attempts to stop him. Due to legal troubles, Bad Apple's antagonistic nature was dropped; Bad Apple and CinnaMon were then portrayed as highly competitive friends, both getting into the bowl. The campaign was slated to be retired in 2007, and replaced by a retread of the 1990s campaign focused on children, but fan response to Bad Apple and CinnaMon helped them remain as the mascots. In 2009 Bad Apple and Cinnamon were transported to New York City.

What's the overall taste of Apple Jacks? It's a nice combination of apple and cinnamon but the cinnamon is extremely faint. If you check out an Apple Jack piece you might see some small light brown bumps, those as the cinnamon nuggets. One of the reasons this is such a great cereal is that it doesn't get soggy in milk, it needs to sit there for at least six or seven minutes before it softens up so most of it will remain crunchy when you are chowing down. Jackson isn't a big fan of these, he does love crunchy cereal but I think the texture of it is what puts him off about it. He's perfectly content with Cheerios or something that doesn’t have a lot of sugar in it. That's fine with me, he does tend to go into sugar fits if he consumes too much at one time. As for the brood, they love them but they generally aren’t picky about cereal. If it tastes good, they will eat it. 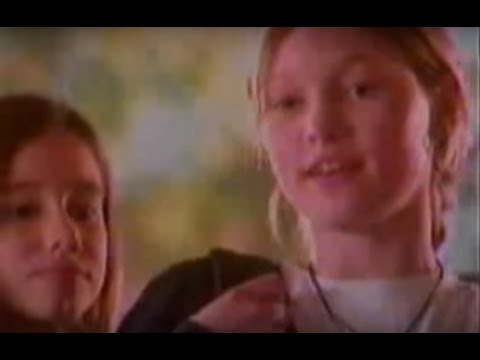 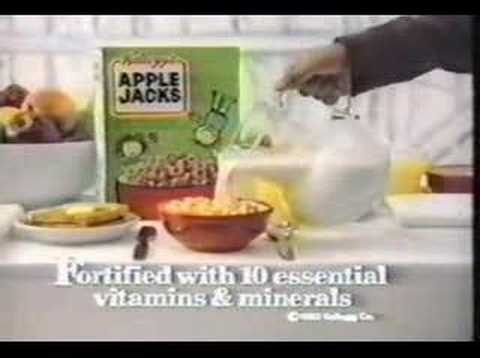 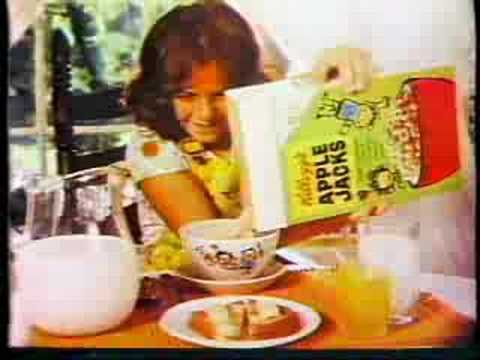 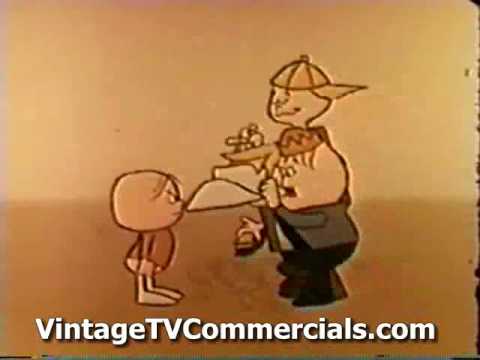 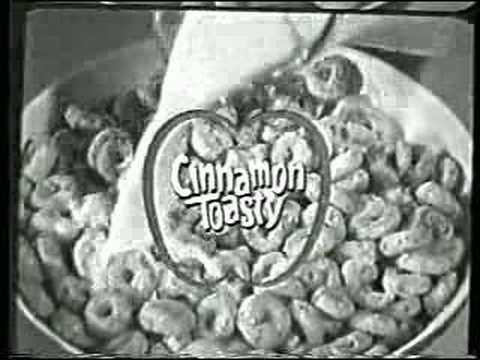