The National Voting Rights Act of 1965 (42 U.S.C. § 1973–1973aa-6) outlawed discriminatory voting practices that had been responsible for the widespread disenfranchisement of African Americans in the United States.

Echoing the language of the 15th Amendment, the Act prohibited states from imposing any "voting qualification or prerequisite to voting, or standard, practice, or procedure ... to deny or abridge the right of any citizen of the United States to vote on account of race or color." Specifically, Congress intended the Act to outlaw the practice of requiring otherwise qualified voters to pass literacy tests in order to register to vote, a principal means by which Southern states had prevented African-Americans from exercising the franchise. The Act was signed into law by President Lyndon B. Johnson, a Democrat, who had earlier signed the landmark Civil Rights Act of 1964 into law.

The Act established extensive federal oversight of elections administration, providing that states with a history of discriminatory voting practices (so-called "covered jurisdictions") could not implement any change affecting voting without first obtaining the approval of the Department of Justice, a process known as preclearance. These enforcement provisions applied to states and political subdivisions (mostly in the South) that had used a "device" to limit voting and in which less than 50 percent of the population was registered to vote in 1964. Congress has amended and extended the Act several times since its original passage, the most recent being the 25-year extension signed by President George W. Bush.

The Act is widely considered a landmark in civil-rights legislation, though some of its provisions have sparked political controversy. During the debate over the 2006 extension, some Republican members of Congress objected to renewing the preclearance requirement (the Act's primary enforcement provision), arguing that it represents an overreach of federal power and places unwarranted bureaucratic demands on Southern states that have long since abandoned the discriminatory practices the Act was meant to eradicate. Conservative legislators also opposed requiring states with large Spanish-speaking populations to provide bilingual ballots. Congress nonetheless voted to extend the Act for twenty-five years with its original enforcement provisions left intact.

By 1965 concerted efforts to break the grip of state disfranchisement had been under way for some time, but had achieved only modest success overall and in some areas had proved almost entirely ineffectual. The murder of voting-rights activists in Philadelphia, Mississippi, gained national attention, along with numerous other acts of violence and terrorism. Finally, the unprovoked attack on March 7, 1965, by state troopers on peaceful marchers crossing the Edmund Pettus Bridge in Selma, Alabama, en route to the state capitol in Montgomery, persuaded the President and Congress to overcome Southern legislators' resistance to effective voting rights legislation. President Johnson issued a call for a strong voting rights law and hearings began soon thereafter on the bill that would become the Voting Rights Act. 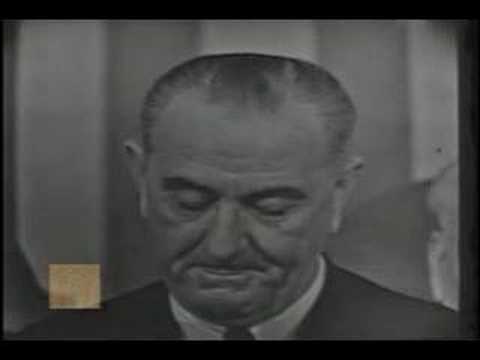