The five-day, four-night march began on March 21, and covered a 54-mile (87 km) route along U.S. Route 80 (in Alabama known as the "Jefferson Davis Highway"). Protected by 2,000 soldiers of the U.S. Army, 1,900 members of the Alabama National Guard under Federal command, and many FBI agents and Federal Marshals, the marchers averaged ten miles (16 km) a day and arrived in Montgomery on the 24th, and the Alabama Capitol building on the 25th.

On March 21, close to 8,000 people assembled at Brown Chapel to commence the trek to Montgomery.[10] Most of them were black, but also participating were a significant number of whites along with some Asians and Latinos. In 1965, the road to Montgomery was four lanes wide going east from Selma, then narrowed to two lanes through Lowndes County, and then widened to four lanes again at Montgomery county border. Under the terms of Judge Johnson's order, the march was limited to no more than 300 participants for the two days they were on the two-lane portion of Highway-80, so at the end of the first day most of the marchers returned to Selma by bus and car, leaving 300 to camp overnight and take up the journey the next day.

On March 22 and 23rd, 300 protesters marched through chilling rain across Lowndes county, camping at three sites in muddy fields. At the time of the march, the population of Lowndes County was 81% Black and 19% white, but not a single black was registered to vote.[11] At the same time there were 2240 whites registered to vote in Lowndes County, a figure that represented 118% of the adult white population (in many southern counties of that era it was common practice to retain white voters on the rolls after they died or moved away).

On the morning of 24th, the march crossed into Montgomery County and the highway widened again to four lanes. All day as the march approached the city, additional marchers were ferried by bus and car to join the line. By evening, several thousand marchers had reached the final campsite at the City of St. Jude, a Catholic complex on the outskirts of Montgomery.
That night on a makeshift stage, a "Stars for Freedom" rally was held, with singers Harry Belafonte, Tony Bennett, Frankie Laine, Peter, Paul and Mary, Sammy Davis, Jr. and Nina Simone all performing.
On Thursday, March 25, 25,000 people marched from St. Jude to the steps of the State Capitol Building where King delivered the speech "How Long, Not Long." "The end we seek," King told the crowd, "is a society at peace with itself, a society that can live with its conscience. ... I know you are asking today, How long will it take? I come to say to you this afternoon however difficult the moment, however frustrating the hour, it will not be long."

Later that night, Viola Liuzzo, a white mother of five from Detroit who had come to Alabama to support voting rights for blacks, was assassinated by Ku Klux Klan members while she was ferrying marchers back to Selma from Montgomery. Among the Klansmen in the car from which the shots were fired was FBI informant Gary Rowe. Afterward, the FBI's COINTELPRO operation spread false rumors that Liuzzo was a member of the Communist Party and abandoned her children to have sexual relationships with African Americans involved in the civil rights movement.

Last Sunday, more than eight thousand of us started on a mighty walk from Selma, Alabama. We have walked through desolate valleys and across the trying hills. We have walked on meandering highways and rested our bodies on rocky byways. Some of our faces are burned from the outpourings of the sweltering sun. Some have literally slept in the mud. We have been drenched by the rains. [Audience:] (Speak) Our bodies are tired and our feet are somewhat sore.” 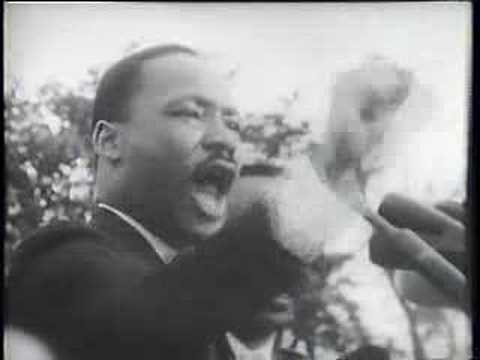 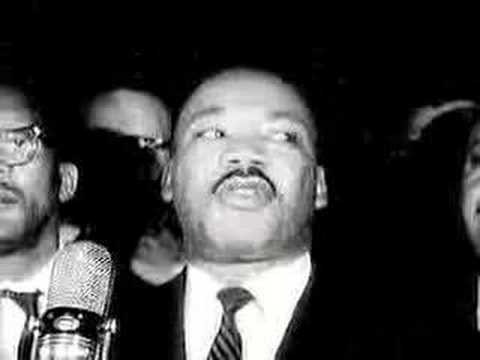