Operation Flaming Dart was a U.S. military operation, conducted in two parts, during the Vietnam War.

United States President Lyndon B. Johnson in February 1965 ordered a series of reprisal air strikes after several attacks on U.S. bases by Vietcong (NLF) units, particularly in reply to a mortar attack at Pleiku. These strikes had originally been intended to be part of a three-phase "program" beginning with attacks in Laos in December, 1964 (Operation Barrel Roll) to bring pressure to bear on North Vietnam, and so had been ready to fly.

Escalation of the Vietnam War officially started on the morning of January 31, 1965 when orders were cut and issued to mobilize the 18th Tactical Fighter Squadron from Okinawa to Da Nang Air Base. A red alert alarm to "scramble" was sounded at Kadena Air Base at 3:00 a.m. F-105's, pilots and support were deployed from Okinawa and landed in Vietnam that afternoon to join with up with other smaller units who had already arrived weeks earlier. Preparations were under way for the first step of Operation Flaming Dart.

American reaction to Communist escalation was not restricted to the bombing of North Vietnam. Washington also authorized the use of U.S. jet attack aircraft to engage targets in the south. On February 19, U.S. Air Force B-57s conducted the first jet strikes flown by Americans in support of South Vietnamese ground units. On February 24, Air Force jets struck again, this time breaking up a Communist ambush in the Central Highlands with a massive series of tactical air sorties.

The Operation Flaming Dart raids were later followed by Operation Rolling Thunder, which began a 44-month campaign on March 2, 1965.

The Operation known as Flaming Dart was a military operation conducted in two parts during the Vietnam Conflict in 1965. After a string of attacks conducted by the National Liberation Front militia units on United States military bases, United States President Lyndon Baines Johnson decided to order a series of reprisal air strikes. It was among some of the first military operations in the Vietnam War. 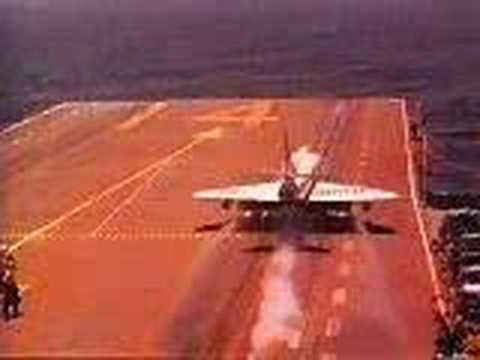 View other events that happened in February 1965