The 1965 World Series featured the National League champion Los Angeles Dodgers against the American League champion Minnesota Twins, who had won their first pennant since 1933 when the team was known as the Washington Senators.

Both teams improved from sixth place finishes in 1964; the Twins won the A.L. pennant with relative ease while the Dodgers were locked in a season long five-way battle in the N.L. between themselves, the Giants, Pirates, Reds, and Braves. After the Giants won their 14th consecutive game to take a 4 1/2 game lead on September 16, the Dodgers went on a 13-game winning streak over the final two weeks of the season to clinch the pennant on the next to last day of the season over the second place rival Giants. The Dodgers prevailed in seven games to capture their second title in three years, and their third since moving to Los Angeles in 1958.
This was only the second World Series where both teams were located west of the Mississippi River. The other occurred in 1944 when the St. Louis Browns faced their Sportsman's Park tenants, the St. Louis Cardinals.
This was the first series in which both teams had had losing records the previous year. This has since been repeated two other times, both times also involving the Twins—in 1987 and 1991.
The first time in World Series history that games were played outside the original ten cities in the World Series era.

The Twins won the first two games of the series against Don Drysdale and Sandy Koufax, but once Claude Osteen shut out the Twins in Game 3, things turned around. The Dodgers proceeded to win the three middle games at Dodger Stadium and Koufax would pitch two shutouts including a three-hitter with ten strikeouts to clinch. Ron Fairly hit two home runs for the Dodgers, both in losing efforts.

After a short, one year absence, the Los Angeles Dodgers returned to the Fall Classic on the arm of '63 Series winner Sandy Koufax. The postseason-proven lefty had just finished the regular season with a 26-8 record, a 2.04 ERA and a perfect game to boot (his fourth no-hitter in four seasons). Their American League rivals, the Minnesota Twins, were making their World Series debut and many felt that the National Leaguers would have their work cut out for them thanks to the hitting of Harmon Killebrew and Zoilo Versalles. Unfortunately for the Dodgers, Game 1 fell on the Jewish holiday of Yom Kippur rendering Koufax ineligible for the opening start due to religious obligations. Don Drysdale was selected in his place and underestimated the inexperienced Twins. The Los Angeles ace only lasted for 2 2/3 innings at Metropolitan Stadium as he surrendered a base-empty homer off of Don Mincher in the second and a three run homer in Minnesota's three run, third. Relief would not matter either as the devastating inning lasted so long, some players in the line-up batted twice. Frank Quilici for instance, rounded the bases after he singled and doubled before giving the Dodgers their next at-bat. Minnesota went on to win the 8-2 opening shocker behind Mudcat Grant.

A frustrated Koufax returned to the mound the next day determined to put his Dodgers back in stride. Jim Kaat drew the Twins start and matched the lefty sensation pitch-for-pitch through the fifth-inning. Then, after an early error by the Dodgers third baseman Jim Gilliam, Minnesota pulled ahead in the sixth on Tony Oliva's run-scoring double and Killebrew's RBI single. As a desperate measure, Koufax was pulled, but the Twins continued to rough up reliever Ron Perranoski for three runs in the next two innings for a 5-1 final. Not only had the "rookie" Twins beaten the "veteran" Dodgers in their first two outings, they had done so by beating their best two pitchers. Having shown that they could beat the best that Los Angeles had to offer, the American League champs took their two-games-to-none lead to Dodger Stadium. Unfortunately for them, they couldn't beat the Dodgers "third-best" as Claude Osteen (fifteen wins, 2.79 ERA) got payback with a five hit, 4-0 triumph. Johnny Roseboro backed the lefthander up with a two run single in the fourth off Twins starter Camilo Pascual, who had labored long and hard for his Washington Senators-turned-Minnesota Twins franchise since 1954.

Drysdale returned for redemption in Game 4 and found it after striking out eleven Twins on the way to a 7-2, Series tying victory. Ron Fairly who contributed three RBIs and Wes Parker and Lou Johnson (who both added home runs of their own) backed up the "rejuvenated-righty" at the plate. The next day, Koufax followed his counterpart's lead and got his own payback after yielding only four hits (all singles) and striking out ten batters in Game 5. The rest of the Dodgers had stepped up as well with an eleven single, three double, four stolen base effort on the bases and a errorless, three double-play effort in the field. It all added up to a 7-0 victory, in which Maury Wills totaled four hits and Willie Davis snatched three bags. As the contest returned to Metropolitan Stadium, Manager Sam Mele sent twenty-one game winner Grant back to the mound after only two days of rest. The veteran pitcher seemed no worse for wear and maintained a 2-0 lead going into the fifth. Then he put all doubt aside with a three run blast of his own off of Howie Reed, who was working in relief of Osteen. The Twins held on for the 5-1, Game 6 triumph (that tied the Series up at three games apiece), but now were faced with the riddle of beating one of the Dodgers' two pitching greats for a second time.

In a surprise move by manager Walter Alston, Koufax was selected for the final outing (over Drysdale) despite having only two days of rest. Once again Kaat, who had eighteen wins during the regular season, would be his opponent for the third time in the tournament. The Dodger ace showed no signs of fatigue as he tossed a three hit shutout and struck-out ten Twins. His rival did not fare as well and was removed in the fourth after giving up a leadoff home run to Lou Johnson, a double to Ron Fairly and a run-scoring single to Wes Parker. While Minnesota relievers Al Worthington, Johnny Klippstein, Jim Merritt and Jim Ferry shut down Los Angeles the rest of the way, the Twins could not break through and went down to a 2-0 defeat. Despite being outnumbered 5-1 on the mound, Sandy Koufax had done it again and his Dodgers found themselves baseball's World Champions for the second time in three years. 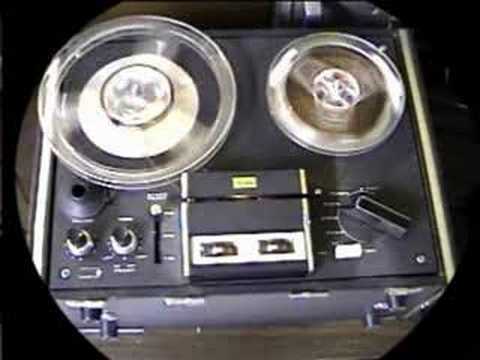