Chrysler Turbine Cars were automobiles powered by gas turbine engines that the Chrysler Corporation assembled in a small plant in Detroit, Michigan, USA in 1963, for use in the only consumer test of gas turbine-powered cars.

It was the high point of Chrysler's decades-long project to build a practical turbine-powered car.

The fourth-generation Chrysler turbine engine ran at up to 60,000 rpm and could use diesel fuel, unleaded gasoline, kerosene, JP-4 jet fuel, and even vegetable oil. The engine would run on virtually anything and the president of Mexico tested this theory by running one of the first cars — successfully — on tequila. Air/fuel adjustments were required to switch from one to another, and the only evidence of what fuel was being used was the odor of the exhaust.
The engine had a fifth as many moving parts as a piston unit (60 rather than 300). The turbine was spinning on simple sleeve bearings for vibration-free running. Its simplicity offered the potential for long life, and because no combustion contaminants enter engine oil, no oil changes were considered necessary. The 1963 Turbine's engine generated 130 brake horsepower (97 kW) and an instant 425 pound-feet (576 N·m) of torque at stall speed, making it good for 0-60 mph in 12 seconds at an ambient temperature of 85 °F (29 °C) — it would sprint quicker if the air was cooler and denser.
The absence of a distributor and points, the solitary start-up spark plug and the lack of coolant eased maintenance, while the exhaust did not contain carbon monoxide (CO), unburned carbon, or raw hydrocarbons. Nevertheless, the turbine generated nitrogen oxides (NO) and the challenge of limiting them helped to kill the program.
Its power turbine was connected, without a torque converter, through a gear reduction unit to an otherwise ordinary TorqueFlite automatic transmission. The flow of the combustion gases between the gas generator and free power turbine provided the same functionality as a torque converter but without using a conventional liquid medium. Twin rotating recuperators transferred exhaust heat to the inlet air, greatly improving fuel economy. Varying stator blades prevented excessive top end speeds, and provided engine braking on deceleration. Throttle lag, high fuel consumption — 17 miles per US gallon (14 L/100 km; 20 mpg-imp) — and exhaust gas temperatures at idle plagued early models. Chrysler was able to remedy or mitigate most of these drawbacks and deficiencies. The Turbine Car also featured a fully stainless steel exhaust system, the exits of which were flat in cross section. This was intended to spread the exhaust gases thinly and thus cool them further, so that the vehicle could stand in traffic without risking damage to following traffic. The combustor, or burner, was somewhat primitive by the standards of modern turbojet engines. A single reverse-flow canister featuring a more-or-less standard spark plug for ignition was employed. Had the engine been further developed, annular combustion chambers along with a second power turbine might have improved power and economy even more.
The turbine car had some operational drawbacks. The car sounded like a giant vacuum cleaner, which was not satisfying to consumers who were more comfortable with the sound of a large American V8. High altitudes also caused problems for the combined starter-generator. Failing to follow the correct start-up procedure would cause the engine to stall; some consumers thought they could "warm" the engine up similar to the way they did with a gasoline engine. They would press the accelerator pedal to the floor before the engine had reached proper temperature. Instead of warming the engine, the excess fuel slowed the turbine down and resulted in the opposite of the desired effect. Doing this, however, did not do any permanent damage to the engine. In fact, it was possible to apply full throttle immediately after starting the engine without much fear of excessive wear. The engines were remarkably durable considering how fragile turbine engines are when compared to internal combustion piston engines. However, troubles were remarkably few for such a bold experiment. More than 1.1 million test miles were accumulated by the 50 cars given to the public, and operational downtime stood at only 4%.

The bodies and interiors were crafted by Ghia in Italy. Outsourcing this step saved money for Chrysler. A total of 50 "production" Turbine Cars were built between October 1963 and October 1964, plus five prototypes (three of which differed in roof/paint schemes). As each body was finished and shipped to Detroit, Chrysler employees installed gas turbine engines, transmissions, and electrical components to prepare the cars for use by the 203 motorists - 20 of them women - who were chosen to test them.
The Turbine Car was a two-door hardtop coupe with four individual bucket seats, power steering, power brakes and power windows. Its most prominent design features were two large horizontal taillights and nozzles (back-up lights) mounted inside a very heavy chrome sculptured bumper. Up front, the single headlamps were mounted in chrome nacelles with a turbine styling theme, creating a striking appearance. This theme was carried through to the center console and the hubcaps. Even the tires were specially made with small turbine vanes molded into the white sidewalls. It was finished in reddish-brown "Frostfire Metallic" paint, later renamed "Turbine Bronze" and made available on production automobiles. The roof was covered in black vinyl, and the interior featured bronze-colored "English calfskin" leather upholstery with plush-cut pile bronze-colored carpet.
The dashboard was lighted with electroluminescent panels in the gauge pods and on a call-out strip across the dash. This system did not use bulbs; instead, an inverter and transformer raised the battery voltage to over 100 volts AC and passed that high voltage through special plastic layers, causing the gauges to glow with a blue-green light.
The car itself was designed in the Chrysler studios under the direction of Elwood Engel, who had worked for the Ford Motor Company before his move to Chrysler. The designer credited with the actual look of the car was Charles Mashigan, who designed a two-seat show car called the Typhoon, which was displayed at the 1964 World's Fair in New York City. Engel used many older Ford styling themes. The rear taillight/bumper assembly was copied directly (with revisions) from a 1958 Ford styling study called the "La Galaxie". He used none of the themes associated with his 1964 Imperial. As Engel incorporated many of the design themes in the Turbine Car, that were used in the new-for 1961 Thunderbird, many enthusiasts call this car the "Englebird."
Suspension did not follow Chrysler's ubiquitous torsion bar system, but rather featured contemporary designs using independent front suspension with a coil spring at each wheel. Rear suspension consisted of leaf springs and direct-acting shock absorbers.

A total of 55 turbine cars were produced. When Chrysler had finished the user program and other public displays of the cars, 46 of them were destroyed. The story at the time that this was done to avoid an import tariff was incorrect. The destruction of the cars was merely keeping in line with the automobile industry's practice of not selling non-production or prototype cars to the public. This same issue arose later with the General Motors EV-1.
Of the remaining nine cars, six had the engines de-activated and then they were donated to museums around the country. Chrysler retained three operational turbine cars for historical reasons, two of the three are now owned by the "WPC Museum". All of the turbine cars owned by the "WPC Museum" are in running condition at the archives of the museum. The last turbine car that is functional, owned by the Museum of Transportation in St. Louis, was photographed for Mopar Action magazine, and appears at car shows around the United States from time to time.
Only two Chrysler Turbine Cars are in the hands of private collectors: One was purchased by private automobile collector Frank Kleptz of Terre Haute, Indiana and is functional. Kleptz's Turbine Car was originally donated to the former Harrah museum in Nevada. The second one is owned by comedian and television host Jay Leno, who purchased one of the three Chrysler Turbine Cars which had been originally retained by Chrysler.
Chrysler's turbine engine program did not die completely. A new coupe body would appear, re-engineered and rebadged, as the 1966 Dodge Charger. Chrysler went on to develop a sixth generation gas-turbine engine which did meet nitrogen oxide regulations, and installed it in a 1966 Dodge Coronet, though it was never shown. A smaller, lighter seventh generation engine was produced in the early 1970s, when company received a grant from the United States Environmental Protection Agency (EPA) for further development, and a special bodied turbine Chrysler LeBaron was built in 1977 as a prelude to a production run. By then the company was in dire financial straits and needed U.S. government loan guarantees to avoid bankruptcy. A condition of that deal was that gas-turbine mass production be abandoned because it was "too risky" thus giving roots to many conspiracy theories.

The 1963 Chrysler Turbine Car
50 of these experimental Gas Turbine cars were built to test the feasibility of this new power source. During a three year period, 200 Chrysler customers were given the car for three months each for a real-world test. The car sounded like a jet plane when it drove by and the sound effect was duplicated by many science fiction shows as the sound that cars of the future would make.

Chrysler's development of the turbine engine began in the depression era, with exploratory engineering surveys which established that the turbine could become a viable automotive power source. But development was impeded by the high cost of materials and the lack of advancement in turbine design at the time.

In the post-war boom, Chrysler began new turbine studies, but the turbine's characteristic gas-guzzling and searingly high exhaust temperatures seemed likely to prevent it from ever rivaling the piston engine.

Chrysler would overcome the turbine's two major shortcomings and put their company at the forefront of the race to create a new car with as much promise and excitement as the jet age itself.

In 1963, Chrysler built 55 protoypes of this revolutionary car and loaned them out to the public-at-large to test them under varied conditions and to gauge the public's reaction to turbine power.

Although the recommended fuel was diesel, the Turbine Car would run on ANY flammable liquid. At one point or another, Turbine Cars were run, without adjustments, on unleaded gas, kerosene, jet fuel, home heating oil, peanut oil, tequila and even Chanel No. 5.

Public reaction to the car was very favorable, but the EPA's ever-tightening restrictions on the emissions of piston engines would cause Chrysler to forsake development of the turbine engine in favor of getting the piston engine up to par. Almost all of the gorgeous Turbine Cars were crushed or melted to avoid paying import tariffs on their Italian-built bodies. The new Turbine Car design they were planning for 1966 got a conventional piston engine and became the 1966 Charger Fastback. That's right, the Charger was originally designed as a turbine-powered car!

Get the whole story of the 1963 Chrysler Turbine Car in the print edition of Barracuda #4. It's a 7 page feature with great photos and info on the advancement of the automotive turbine in the post-war era.

"We in Detroit's automobile industry may feel that the automobile is the most important sociological and economic factor in our lives today. But, since the automobile is also a business for us, we are accustomed to appraising it from quite an objective standpoint. So, when we find that people in the other parts of the country magnify our enthusiasm for something new, we are sometimes surprised. The story of the Chrysler automotive gas turbine embodied in our consumer evaluation 50-car program has been, to many industry people, one of those sunrises." 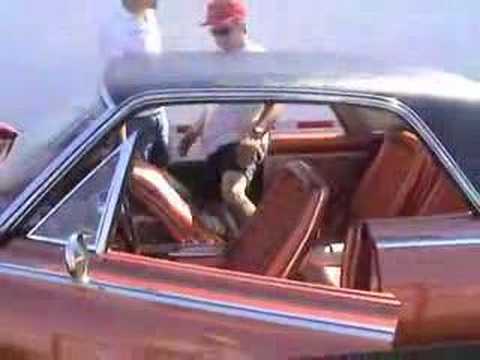 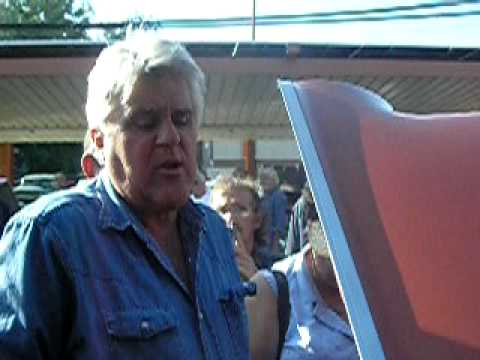