"Sometime in my sixteenth year I decided I wanted to be in public life as an elected official.

In 1963, two influential moments in Clinton's life contributed to his decision to become a public figure. One was his visit to the White House to meet President John F. Kennedy, as a Boys Nation senator. The other was listening to Martin Luther King's 1963 I Have a Dream speech (he memorized Dr. King's words).

In 1963 he was a Hot Springs High School delegate to Boys State, where he was elected as Arkansas' delegate to Boys Nation. While attending Boys Nation in Washington, D.C., Mr. Clinton had an experience that set him on the road to political greatness: He shook hands with President John F. Kennedy. A photograph of that meeting, only four months before President Kennedy was assassinated, is one of President Clinton's proudest possessions. 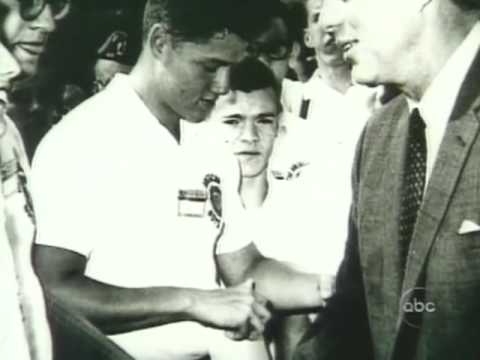