Please Please Me is the first album recorded by The Beatles, rush-released on 22 March 1963 in the United Kingdom to capitalise on the success of singles "Please Please Me" (#2) and "Love Me Do" (#17). Of the album's fourteen songs, eight were written by Lennon/McCartney, early evidence of what Rolling Stone later called "[their invention of] the self-contained rock band, writing their own hits and playing their own instruments.". The album was released by Parlophone in mono (catalogue number PMC 1202) and stereo (PCS 3042.)

In 2003, the magazine ranked the album number 39 on its list of Rolling Stone's 500 Greatest Albums of All Time. It was ranked first among The Beatles' early albums, and sixth of all of The Beatles' albums, with Sgt. Pepper's Lonely Hearts Club Band, Revolver, Rubber Soul, The Beatles (The White Album) and Abbey Road ranked higher.

Rolling Stone also placed two songs from the album on its list of The 500 Greatest Songs of All Time: #139, "I Saw Her Standing There", and #184, "Please Please Me". According to Allmusic, "Decades after its release, the album still sounds fresh," the covers are "impressive" and the originals "astonishing." 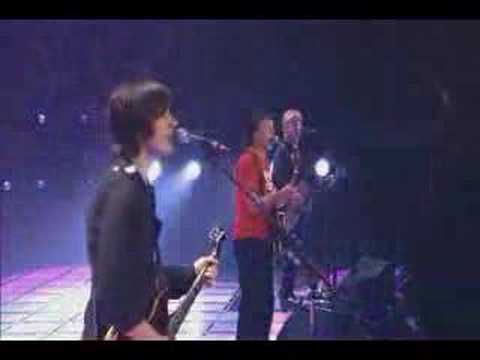