The Gateway Arch, also known as the Gateway to the West, is an integral part of the Jefferson National Expansion Memorial and the iconic image of St. Louis, Missouri.

It was constructed as a monument to the westward expansion of the United States. It was designed by Finnish-American architect Eero Saarinen and structural engineer Hannskarl Bandel in 1947. It is 630 feet (192 m) wide at its base and stands 630 feet (192 m) tall, making it the tallest monument in the United States. Construction started on February 12, 1963, and ended on October 28, 1965. The monument opened to the public on July 10, 1967.

St. Louis Gateway Arch The St. Louis Gateway Arch is an elegant monument to westward expansion in the USA. Located on the banks of the Mississippi River in St. Louis, Missouri, the 630-foot tall stainless steel arch rises above the city skyline. The Jefferson National Expansion Memorial consists of the Gateway Arch, the Museum of Westward Expansion, and St. Louis' Old Courthouse. 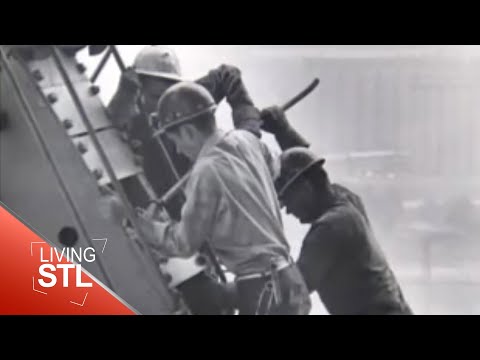