"The Servant" Is Released

The Servant is Harold Pinter's 1963 film adaptation of the 1948 novel by Robin Maugham.

The first of Pinter's three film collaborations with Losey, which also include Accident (1967) and The Go-Between (1970), The Servant is a tightly-constructed psychological dramatic film about the relationships among the four central characters examining issues relating to class, servitude, and the ennui of the upper classes.

Wealthy wastrel James Fox hires insouciant cockney Dirk Bogarde as a valet. No sooner has he donned his working clothes than Bogarde begins exercising a subtle but insidious control over his master. Suggesting that the house could use a little fixing up, Bogarde nearly bankrupts Fox with expensive new furnishings. But this is just a warm-up session for Bogarde, who by mid-film is calling all the shots in the Fox household, all the while pretending to keep his place. Fox's fiance Wendy Craig sees through Bogarde's game. To keep Craig at arm's length, Bogarde brings his own lady friend Sarah Miles into the house. At Bogarde's insistence, Miles seduces Fox, thereby loosening Craig's hold on the confused young man. And so it goes. The homosexual subtext of The Servant disturbed some of the more hidebound critics of 1963; Harold Pinter based his cryptic screenplay on a novel by Robin Maugham. ~ Hal Erickson, All Movie Guide 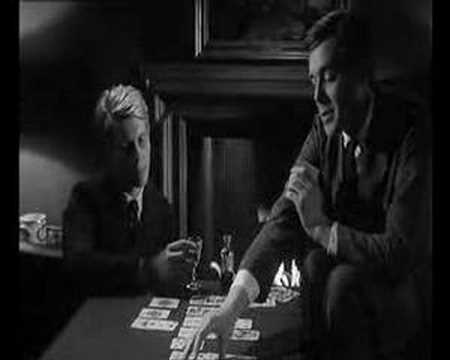 View other events that happened in November 1963