"A Wrinkle in Time" is Published

A Wrinkle in Time is a science fantasy novel by Madeleine L'Engle, first published in 1962.

The book won a Newbery Medal, Sequoyah Book Award, and Lewis Carroll Shelf Award, and was runner-up for the Hans Christian Andersen Award. It is the first in L'Engle's series of books about the Murry and O'Keefe families.

Most of L'Engle's novels from A Wrinkle in Time onward are centered on a cast of recurring characters, who sometimes reappear decades older than when they were first introduced. The "Kairos" books are about the Murry and O'Keefe families, with Meg Murry and Calvin O'Keefe marrying and producing the next generation's protagonist, Polly O'Keefe. L'Engle wrote about both generations concurrently, with Polly (originally called Poly) first appearing in 1965, well before the second book about her parents as teenagers (A Wind in the Door, 1973). The "Chronos" books center on Vicky Austin and her siblings. Although Vicky's appearances all occur during her childhood and teenage years, her sister Suzy also appears as an adult in A Severed Wasp, with a husband and teenage children. In addition, two of L'Engle's early protagonists, Katherine Forrester and Camilla Dickinson, reappear as elderly women in later novels. Rounding out the cast are several characters "who cross and connect", Canon Tallis, Adam Eddington and Zachary Gray, who each appear in both the Kairos and Chronos books. 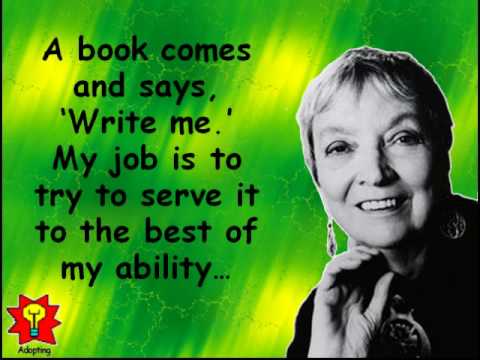