President Kennedy was also eager for the United States to lead the way in exploring space. The Soviet Union was ahead of the United States in its space program and President Kennedy was determined to catch up. He said, "No nation which expects to be the leader of other nations can expect to stay behind in this race for space." Kennedy was the first President to ask Congress to approve more than 22 billion dollars for Project Apollo, which had the goal of landing an American man on the moon before the end of the decade.

Though the achievements made by the United States and the Soviet Union brought great pride to their respective nations, there was a great political determination in the United States not to be seen as a nation lagging behind in the field of space exploration. This led to then-President Kennedy's announcement in 1961 that America "should commit itself to achieving the goal, before this decade is out, of landing a man on the moon and returning him safely to the earth." Before this goal could be achieved, unmanned spacecraft had to first explore the Moon by photography and demonstrate their ability to land safely on it. 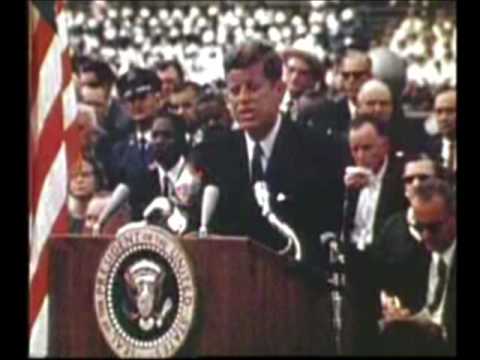