An Atlas launch vehicle propelled a Mercury spacecraft into Earth orbit and enabled Glenn to circle Earth three times. The flight lasted a total of 4 hours, 55 minutes, and 23 seconds before the Friendship 7 spacecraft splashed down in the ocean. Most major systems worked smoothly, and the flight was a great success as an engineering feat.

This Mercury-Atlas (MA) 6 mission also reestablished NASA and the U.S. as a strong contender in the space race with the Soviet Union. The Soviet Union had launched the world’s first spacecraft, Sputnik, in October 1957 and had also sent the first human, Yuri Gagarin, into space on April 1961. NASA responded by sending the first American, Alan Shepard, into space in May 1961, but Shepard’s flight was only a suborbital lob, whereas Gagarin had orbited Earth. With Glenn’s orbital mission, NASA was finally able to pull back even with the Soviets.

The flight was the culmination of a tremendous amount of work in a relatively short time. On October 7, 1958, the newly formed NASA had announced Project Mercury, its first major undertaking. The objectives were threefold: to place a piloted spacecraft into orbital flight around Earth, observe human performance in such conditions, and recover the human and the spacecraft safely. Despite Shepard’s successful first flight, many questions had still remained about how Americans could survive and function in space.

The success of the Friendship 7 mission enabled NASA to accelerate further its efforts with Project Mercury. During less than five years, from Mercury’s start to finish, more than two million people from government and industry pooled their skills and experience to produce and manage the Nation’s first six piloted spaceflights. Mercury flights demonstrated that people could survive in microgravity for over a day without deterioration of normal physiological functions.

Mercury also set the stage for Projects Gemini and Apollo during the 1960s and all later U.S. human spaceflight activities. Thus, the MA-6 mission of Friendship 7 was both a capstone event and the beginning of many more achievements in human spaceflight for NASA. 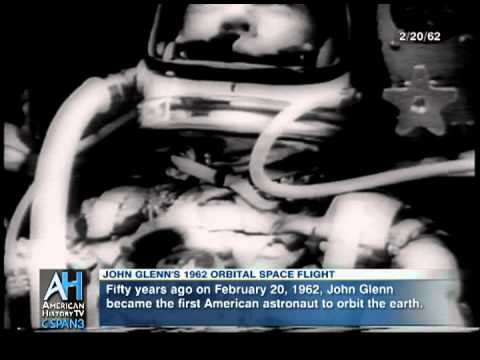