The multi-talented Janicello is a well-known musical performer in the German-speaking countries of the world. Besides starring in musicals, Janicello has taken part in numerous operas, operettas, galas and concerts. He has made numerous commercials, a computer game, and has many television and film appearances to his credit. He has also released many cast recordings and solo CDs.

Mark's professional debut was 1983 in Theater West Virginia's long-running productions of Honey in the Rock and Hatfields and McCoys. He graduated from the University of North Carolina at Greensboro in 1984, with a Bachelor of Music Degree. In 1985, Janicello completed a one-season stint in the extra chorus of the New York City Opera performing in Verdi's Attila with Samuel Ramey and Puccini's Turandot with John Frederick West. Those performances made him a union member (AGMA) and they were instrumental in Janicello's decision to pursue an operatic career. Mark's first New York Times review was for his performance as Raoul de Gardefeu in Christopher Alden's experimental production of La vie parisienne at Opera at the Academy where he co-starred opposite soap-opera star Felicity LaFortune. Janicello's performances as Detleff in Romberg's The Student Prince in Carousel Dinner Theater Ravenna, Ohio secured his Membership in Actor's Equity Association, which then led to a starring role as Rosillion in the Papermill Playhouse Production of Lehár's Die lustige Witwe with Tony Award-winning actress Judy Kaye.

Moving between the worlds of classical and popular music, in 1987, Janicello auditioned and became one of original members of New York City's MTA program Music Under New York. With MUNY, he began to appear on a regular basis in subway stations all around metropolitan New York as well as in Grand Central Station. His performances at the subway station on 125th Street and Lexington Avenue, led him to audition for Amateur Night in Harlem's Apollo Theater. His two appearances were well-received, and he was invited by NBC to appear in the first season of their new talent-contest Showtime at the Apollo, which was guest-hosted by Bill Cosby. This was Mark's first national television appearance. 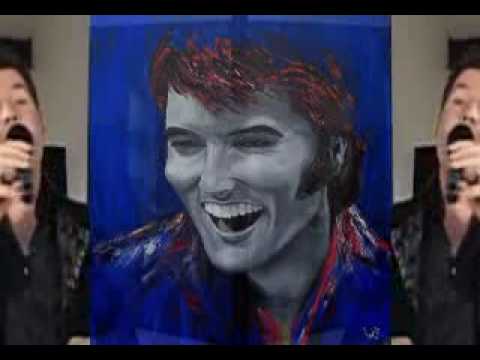