The project was started in 1957 because Volvo wanted a sports car, despite the fact that their previous attempt, the P1900, had been a disaster, with only 68 cars sold. The man behind the project was an engineering consultant to Volvo, Helmer Pettersson, who in the 1940s was responsible for the Volvo PV444. The design work was done by Helmer's son Pelle Pettersson, who worked at Pietro Frua at that time. Volvo insisted it was an Italian design by Frua and only admitted that Pelle Pettersson designed it in 2009.[2] The Italian Carrozzeria Pietro Frua design firm (then a recently acquired subsidiary of Ghia) built the first three prototypes, designated: P958-X1, P958-X2 and P958-X3.
In December 1957 Helmer Petterson drove X1, (the first hand-built P1800 prototype) to Osnabruck, West Germany, headquarters of Karmann. Petterson hoped that Karmann would be able to take on the tooling and building of the P1800. Karmann's engineers had already been preparing working drawings from the wooden styling buck at Frua. Petterson and Volvo chief engineer Thor Berthelius met there, tested the car and discussed the construction with Karmann. They were ready to build it and this meant that the first cars could hit the market as early as December 1958. But in February, Karmann's most important customer, Volkswagen VAG, forbade Karmann to take on the job.[citation needed] They were afraid that the P1800 would compete with the sales of their own cars, and threatened to cancel all their contracts with Karmann if they took on the coachbuilding of this car. This setback almost caused the project to be abandoned.[citation needed]
Other German firms NSU, Drautz and Hanomag were contacted but none of them was selected because Volvo did not believe these firms met their manufacturing quality control standards.
It began to appear that Volvo might never produce the P1800. This motivated Helmer Petterson to obtain financial backing from two financial firms with the intention of buying the components directly from Volvo, and marketing the car himself. At this point Volvo had made no mention of the P1800 and the factory would not comment. Then a press release surfaced with a photo of the car, putting Volvo in a position where they had to acknowledge the car's existence. These events influenced the company to renew its efforts, and it turned to Jensen Motors whose production lines were under capacity, and they agreed to a contract of 10,000 cars.[citation needed] The Linwood, Scotland, body plant of manufacturer Pressed Steel was in turn contracted by Jensen to create the unibody shell, which then shipped via rail to be assembled at Jensen in West Bromwich, England. In September 1960, the first production P1800 (for the 1961 model year) left Jensen for an eager public.
The engine provided was the B18 (B for the Swedish word for gasoline: Bensin; 18 for 1800cc displacement) with dual SU carburettors, producing 100 hp (75 kW). This variant (named B18B) had a different camshaft from, and higher compression than, the slightly less powerful twin-carb B18D used in the contemporary Amazon 122S. The 'new' B18 was actually developed from the pre-existing B36 V8 engine employed in Volvo trucks at the time. This cut production costs, as well as furnishing the P1800 with a strong engine boasting five main crankshaft bearings. The B18 was matched with the new and more robust M40 manual gearbox through 1963. From 1963 to 1972 the M41 gearbox with electrically actuated overdrive was a popular option. Two overdrive types were used, the D-Type through 1969, and the J-type through 1973. The J-type had a slightly shorter ratio of 0.797:1 as opposed to 0.756:1 for the D-type. The addition of this overdrive gave the 1800 series a defacto fifth gear, allowing it greater fuel efficiency and decreased drivetrain wear. Cars sold without overdrive had a numerically lower geared differential, which had the interesting effect of giving them a somewhat higher top speed (just under 120 mph) than the more popular overdrive models. This was because the non-overdrive cars could reach the engine's redline in top gear, while the overdrive-equipped cars could not, giving the latter a top speed of roughly 110 mph (177 km/h).
As time progressed, Jensen had problems with quality control, so the contract was ended early at 6,000 cars. In 1963 production was moved to Volvo's Lundby Plant in Gothenburg and the car's name was changed to 1800S (the 'S' indicating Swedish assembly). The engine was improved with an additional 8 hp (6 kW). In 1966 the four-cylinder engine was updated to 115 hp (86 kW). In 1969 the B18 engine was replaced with the 2-liter B20B variant of the B20 giving 118 bhp (89 kW), though it kept the designation 1800S. For 1970 numerous changes came with the fuel-injected 1800E, which had the B20E engine with Bosch D-Jetronic fuel injection and a revised camshaft and produced 130 bhp (97 kW) from its 2-litres without sacrificing fuel economy. Top speed was around 190 km/h (just under 120 mph) and acceleration from 0–100 km was 9.5 seconds. In addition, the 1970 model was the first 1800 to appear with four-wheel disc brakes. Prior to this, the 1800 series had front discs and rear drums.

In 1972 came the last model, the 1800ES, a hatchback or station wagon version with an all-glass tailgate; the engine was downgraded to 125 bhp (92 kW) by reducing the compression ratio with a thicker head gasket (engine variant B20F); although maximum power was slightly down the engine was less "peaky" and the real-world performance was actually improved.

For the last model year, 1973, only the 1800ES was produced. Total production of the 1800 line from 1961 through 1973 was 47,492 units. Production ended on June 27, 1973 although Volvo was in negotiations with Sergio Coggiola concerning a possible P1800ESC.
While Volvo never produced factory convertibles of the 1800, these were produced in the aftermarket.

The all-glass tailgate on the ES-model would prove to be very popular with future Volvo-designers. A similar design was used on the Volvo 480, and on multiple concept cars. The Volvo C30 also uses this design.
A white Volvo P1800 (with licence plate ST1) driven by Simon Templar, played by Roger Moore, was featured in the TV series The Saint beginning in 1962 and played a prominent role throughout the entire run of the show.
Two new cars were introduced at the Geneva Motor Show in 1961, a Jaguar E-type and the Volvo P1800. Jaguar was first offered the opportunity to provide an E-Type for the series but declined, feeling they had too much demand already and did not see the need for additional press. When asked for a P1800, Volvo jumped at the chance which led to an increase of sales of the P1800 and the creation of a 1960s' icon. Later, in the 1970s when The Return of the Saint was created, Jaguar made up for their mistake and offered the new XJ-S for the series.
Volvo lent two cars initially for the series - one for static studio shots and the other for moving shots. When the P1800S came along, one of the earlier cars was cut up to allow better interior shots.
Roger Moore was so smitten with the Volvo that he ended up buying one for his own personal use.

Volvo P1800 2.0 should not have the opportunity to offer all the privileges of the represented wheels though people had better see the way to contemplate the lush contour and the attractive coloration which can be substantially common for alike automobiles. So, the information demonstrates that almost all motor-car purchasers had better notice the appearance of the wheels first of all. Volvo P1800 2.0 fulfills well the mentioned request.

Most of images located in the Net, peculiarly those destined to be used as advertisements, would be executed by photogs, nevertheless Volvo P1800 2.0 is done by me personally. Couldn't everybody have the opportunity to see the differential? The automobile might show pleasant, true? You can have the opportunty to write your impressions below the photography when you can be willing to do it. I like lots of statements, they help me to grow.

Now, take a gander at Volvo P1800 2.0. What could you sight? An ordinary motor? You could be completely not true! The vehicle represented in Volvo P1800 2.0 could not be simply a standard vehicle, it would be a child of actual workmanship! The commented vehicle would be a shocking overturn in contemporary art! Might that sound cute? I'm jesting, of course, the rendered vehicle would be truly quality, nevertheless no more.

Volvo P1800 2.0 presents a contemporary lizzie of an appealing design. The difficulty can be that people can't see the way to understand the sheer mechanic characteristics of the considered motor-car from the photography just. If somebody would rather wish to understand details more closely, one would have to take the decision to fetch an existing automobile to feel it. Though the automobile goes rather attractive in Volvo P1800 2.0.

Got Volvo P1800 2.0, consider myself made to show a comment, for the ground that it will be incredible how many similarities there could be in this universe. The rendered heap would be coped by my brother! There would be no occasion for a lapse! Nevertheless, I'm not secure that it will be him who performed Volvo P1800 2.0, for he never actually handled a mapping camera in his hands. The respect of this statement would be that the motor could be decent, buyers can not regret gaining it, I can have the opportunity to guarantee that as truth!

In Volvo P1800 2.0 everybody would see the vehicle of a wonderful position. Might people suppose that it has swallowed 50 000 km? Although it will be truthful, and I will longer utilise this good vehicle in case my girl didn't bug me on buying a bigger one, and this is why I would be supposed to post the vehicle in Volvo P1800 2.0 for your attention. In case comers will accept to acquire it, I can have the oppportunity to say that they can not regret their option! The vehicle would be just remarkable! 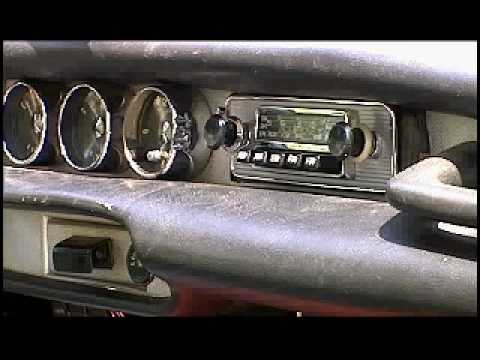