The Ford E-Series, formerly known as the Econoline or Club Wagon, is a line of full-size vans (both cargo and passenger) and truck chassis from the Ford Motor Company.

The E-Series is related to the Ford F-Series line of pickup trucks. The line was introduced in 1961 as a compact van and its descendants are still produced today. The Econoline is produced solely at Ford's Avon Lake, Ohio plant after the closure of the Lorain, Ohio plant in December 2005 and the consolidation of all production at Avon Lake.

As of 2009, the E-Series and the 2010 model year Ford Transit Connect compact MPV, which had its debut at the 2008 Chicago Auto Show on February 11, 2009 are the only vans in the Ford lineup in North America.

The first E-Series was based on the compact Ford Falcon, sized roughly to compete with the 1961 Chevrolet Corvair Sportvan and Volkswagen Type 2, which was 172.3 in (4376 mm) long. The first E-Series had a flat nose with the engine between and behind the front seats, later adopted by the Chevrolet Van and Dodge A100. Early models had a 144 cid 6-cylinder engine with a manual 3 speed transmission. Later models had a 170 CID or 240 CID engines with an automatic transmission. It was an immediate success with utilities like the Bell Telephone System. In the first 1961 model year, 29,932 standard vans, 6,571 custom Econoline buses, 11,893 standard pickups and 3,000 custom pickups were made. It was originally offered as a cargo van, an 8-passenger van with 3 rows of seats (which carried the Ford Falcon name) and as a pickup truck. A 165 lb (75 kg) weight was fitted over the rear wheels to balance the front-heavy vehicle, sometimes removed by current owners.

The 1968 Ford E-Series revolutionized van design by moving the engine all the way to the front under a short hood, in a similar configuration to their new European model the Ford Transit. These would be the first vans used as the basis for the now popular Class C van cab motorhomes, a class still dominated by Ford. The 1968 E-Series also used Ford's "Twin I-Beam" front suspension design, and was now available with a V8 engine. Over the next six years, the "Big Three" (GM, Chrysler and Ford) would all redesign their vans, with hoods gradually evolving to a short conventional truck-like hood, and evolving from being based on compact cars to using components from full-sized pickup trucks.

The grille was redesigned in 1971, and a year later E-Series offered a new feature, and a new model. Sliding rear doors were an option for 1972, as well as the Hi-Cube van, the first van with a stripped chassis used for something other than recreational vehicles.

The E-Series was redesigned in 1975 with more ergonomic controls and a full frame, allowing it to be used as a truck chassis. This was the beginning of four wheel drive conversions for the van. The nose now had a proper hood, very close to the length used today. This bodystyle continued through 1991. In 1979 the front grille and headlights were facelifted and square headlights were incorporated. In 1983, Ford's "Blue Oval" logo was integrated into the front grille. Van conversions became a popular alternative to sparse factory passenger accommodations.
The basic appearance of the front end of this car was replicated for the Ford Ranger and its SUV offspring the Ford Bronco II.
A 1980 Econoline was the vehicle that accompanied, and provided accommodation for, Terry Fox when he undertook his Marathon of Hope across Canada. After providing transportation for other owners in its later life, from London, Ontario to a rock band based in Vancouver, British Columbia, it was recovered and restored by Ford Motor Company of Canada in 2008 and turned over to the Terry Fox Foundation to assist in further fund-raising activities.

As one of the best-selling full-size vans on the market, the Ford E-Series is available as a cargo van or a passenger wagon with a seating capacity that ranges from two up to 15. Mimicking the front-end styling of the current F-Series Super Duty, the Ford E-Series is as tough and versatile as its pickup truck counterpart. In addition to Ford’s SYNC and Work Solutions systems, the Ford E-Series is also available with advanced technologies such as a navigation system, integrated trailer brake controller and rear back up camera. The 2010 Ford E-Series has a starting MSRP of $25,250, and it is offered with a full range of powerful engines including 2 gasoline V-8s, a V-10 and the PowerStroke diesel V-8. Like all 2010 Ford models, the 2010 Ford E-Series comes with a three-year/36,000-mile basic warranty.

The E-Series Wagon is Ford’s full-size, rear-wheel-drive passenger van. The E-Series was first introduced in 1960 as the Econoline and offered as a van, wagon, and pickup. The E-Series was redesigned for 1993 and has been the best-selling full-size van in the U.S. for 29 years. For 2008 the E-Series was updated with an exterior makeover inspired by the bold styling of the new F-Series Super Duty pickup truck. 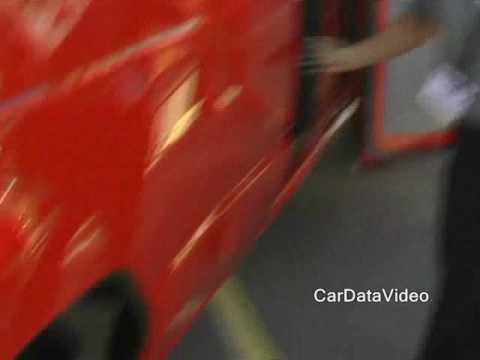