"The Hustler" Is Released

The Hustler is a 1961 American drama film.

It tells the story of small-time pool hustler "Fast Eddie" Felson and his desire to prove himself the best player in the country by beating legendary pool player "Minnesota Fats." After initially losing to Fats and getting involved with unscrupulous manager Bert Gordon, Eddie returns to beat Fats, but only after paying a terrible personal price.

The Hustler is an adaptation of the 1959 novel of the same name by Walter Tevis. Sidney Carroll and Robert Rossen adapted the novel for the screen. Rossen directed the film, shot on location in New York City. It stars Paul Newman as Eddie Felson, Jackie Gleason as Minnesota Fats, Piper Laurie as Sarah and George C. Scott as Bert.

The film was a major critical and popular success, gaining a reputation as a modern classic. Its exploration of winning, losing, and character garnered a number of major awards; it is also credited with helping to spark a resurgence in the popularity of pool. A real pool hustler was inspired to adopt the name of Gleason's character, Minnesota Fats, and to use the association with the film in his search for celebrity.

As The Hustler's "Fast" Eddie Felson, Paul Newman created a classic antihero, charismatic but fundamentally flawed, and nobody's role model. A pool player from Oakland, CA, as good as anyone who ever picked up a cue, Eddie has an Achilles' heel: arrogance. It's not enough for him to win: he must force his opponent to acknowledge his superiority. The movie follows Eddie from his match against billiards champ Minnesota Fats (Jackie Gleason) as he falls in love with Sarah (Piper Laurie), an alcoholic would-be writer and sometime prostitute, and falls under the spell of Bert Gordon (George C. Scott), a successful gambler who offers to take Eddie under his wing and teach him how to play in the big time. However, when Sarah joins Eddie and Bert on a trip to Louisville for a high-stakes match with a dandy named Findlay (Murray Hamilton), the consequences prove tragic. Along with a classic performance by Newman, The Hustler also features turns by Scott, Laurie, and Gleason, in a rare dramatic role. Cameos from pool champ Willie Mosconi and boxer Jake LaMotta add to the atmosphere of Harry Horner's grubby production design and Eugen Schüfftan's camerawork. Director Robert Rossen, who had been working in films since 1937, was to direct only one more film, Lilith (1964), before his death in 1966. In 1986, Newman returned to the role of "Fast" Eddie in Martin Scorsese's The Color of Money, for which he finally earned an Academy Award as Best Actor. ~ Mark Deming, All Movie Guide 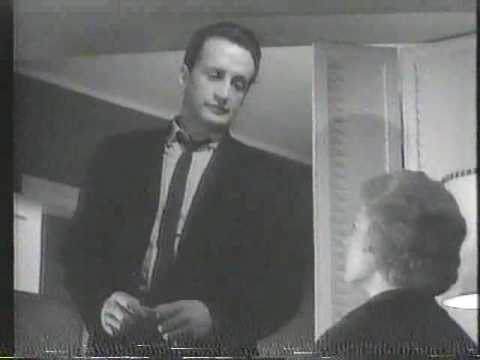