Third Day of the Bay of Pigs Invasion

One of the C-46s delivered arms and equipment to the Girón airstrip occupied by Brigade 2506 ground forces. The C-46 also evacuated Matias Farias, the pilot of B-26 serial '935' (code-named Chico Two) that had been shot down and crash-landed at Girón on 17 April.

Combat air patrols were flown by Douglas A4D-2N Skyhawk jets of VA-34 squadron operating from USS Essex, with nationality and other markings removed. Sorties were flown to reassure Brigade soldiers and pilots, and to intimidate Cuban government forces without directly engaging in acts of war.

Without direct air support, and short of ammunition, Brigade 2506 ground forces retreated to the beaches in the face of considerable onslaught from Cuban government artillery, tanks and infantry. 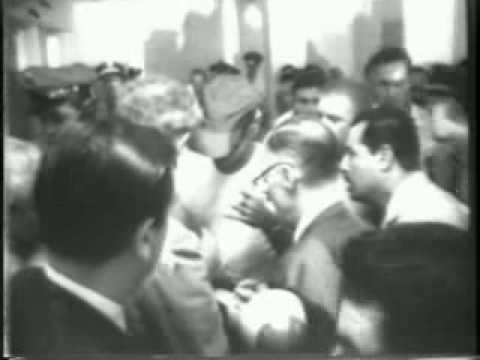