"The Misfits" Is Released

It was the final film appearance for both Gable and Monroe. Even though it was not a commercial success at the time of its release, it has later garnered critical respect for its script as well as the leading performances.

The final film of stars Clark Gable and Marilyn Monroe is an elegy for the death of the Old West from writer Arthur Miller and director John Huston. Gable stars as Gay Langland, an aging hand traveling the byways and working at rodeos with his two comrades, Guido (Eli Wallach) and young Perce Howland (Montgomery Clift). The three men come up with a plan to corral some misfit mustangs and sell them for dog food, but Gay's new girlfriend Roslyn Taber (Marilyn Monroe), a high-minded ex-stripper who has just divorced her husband Ray (Kevin McCarthy) in Reno, is appalled by the plan. Although both Guido and Perce are also in love with Roslyn, she stands by Gay, sure that in the end he will do the right thing, even as he and his pals begin their planned roundup. ~ Karl Williams, All Movie Guide 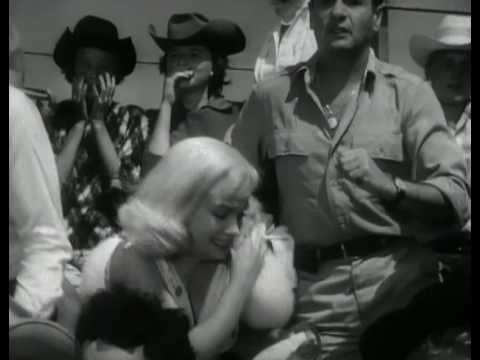