The 1960s were a significant changing of the guard in U.S. leadership and also in how Americans chose their leader.

During the 1960 debates between the two candidates, Americans for the first time could tune in and watch the debates on television, or listen on the radio.

About 70 million people tuned in to watch the Kennedy/Nixon debates. When they turned on their television sets, they saw a tired Richard Nixon and a tanned, fit John Kennedy. Nixon had refused makeup for the cameras, wore an ill-fitting shirt, and hadn’t gained back his natural weight after a serious knee injury and two weeks in the hospital. Kennedy, on the other hand, had been campaigning in southern California and appeared on camera with a healthy tan.

The story has it that those Americans who tuned in over the radio believed the two candidates were evenly matched, but tended to think Nixon had won the debates. But those 70 million who watched the candidates on the television believed Kennedy was the clear victor.

While there aren’t any qualified statistics to back up this claim, what is certain is that Kennedy took a leap in the polls after the debate. Looks, it seemed, suddenly mattered in Presidential races, far more than they ever had before. Kennedy himself said after the election that “it was TV more than anything else that turned the tide” toward his victory.

It’s curious to think who might have been elected if modern technology had been around throughout U.S. history. Washington wore dentures. Lincoln had a high-pitched voice. William Howard Taft weighed over 300 pounds. James Madison was 5′ 4″. 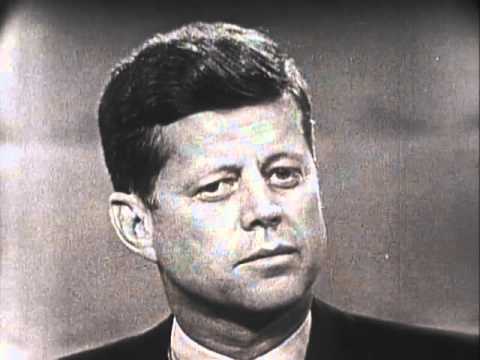