On board were the dogs Belka ( Squirrel) and Strelka (Little Arrow). Also on board were 40 mice, 2 rats and a variety of plants.

After a day in orbit, the spacecraft's retrorocket was fired and the landing capsule and the dogs were safely recovered. They were the first living animals to survive orbital flight.

Korabl-Sputnik 2, also known as Sputnik 5 in the West, was a Soviet artificial satellite, and the third test flight of the Vostok spacecraft. Ot was the first spaceflight to send animals into orbit and return them safely back to Earth. Launched on August 19, 1960 it paved the way for the first human orbital flight, Vostok 1, which was launched less than eight months later.

The launch of Korabl-Sputnik 2 occurred on 19 August 1960, using a Vostok-L carrier rocket. Official sources reported the launch time to have been 08:44:06 UTC, however Sergei Voevodin gave it as 08:38:24. A radio station in Bonn, West Germany, was among the first to pick up signals from the spacecraft, which were confirmed on the third orbit by a Swedish radio station.

The spacecraft carried two dogs, Belka and Strelka, 40 mice, two rats and a variety of plants, as well as a television camera which took images of the dogs. The spacecraft returned to Earth at 06:00:00 UTC on 20 August, the day after its launch. All of the animals were recovered safely, and shortly after the landing, one of Strelka's puppies was sent to Jacqueline Kennedy as a present from the Soviet Union.

Belka and Strelka, both females, became instant celebrities when they landed on August 20. The film ends with archive footage of the dogs being dangled in front of reporters and being chauffeured in the back of a limousine.

Their winsome faces were used to decorate household wares such as matchboxes.

The first man in space, Yury Gagarin, later reportedly quipped: "I'm not sure whether I'm the first man or the last dog." 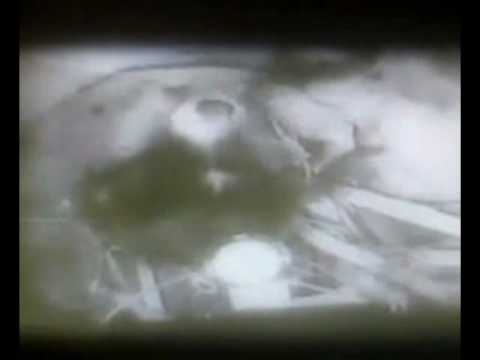