"Inherit The Wind" Is Released

Inherit the Wind is a parable which fictionalizes the 1925 Scopes "Monkey" Trial as a means to discuss the then contemporary McCarthy trials.

The Evolution vs. Creationism argument is at the center of the Jerome Lawrence-Robert E. Lee Broadway play Inherit the Wind. Lawrence and Lee's inspiration was the 1925 "Monkey Trial," in which Tennessee schoolteacher John Scopes was arrested for teaching Darwin's theory of evolution in violation of state law. Scopes deliberately courted arrest to challenge what he and his supporters saw as an unjust law, and the trial became a national cause when The Baltimore Sun, represented by the famed (and atheistic) journalist H. L. Mencken, hired attorney Clarence Darrow to defend Scopes. The prosecuting attorney was crusading politician William Jennings Bryan, once a serious contender for the Presidency, now a relic of a past era. While Bryan won the case as expected, he and his fundamentalist backers were held up to public ridicule by the cagey Darrow. In both the play and film versions of Inherit the Wind, the names and places are changed, but the basic chronology was retained, along with most of the original court transcripts. John Scopes becomes Bertram Cates (Dick York); Clarence Darrow is Henry Drummond (Spencer Tracy); William Jennings Bryan is Matthew Harrison Brady (Fredric March); and H. L. Mencken is E. K. Hornbeck (Gene Kelly). Dayton, Tennessee is transformed into Hillsboro -- or, as the relentlessly cynical Hornbeck characterizes it, "Heavenly Hillsboro." ~ Hal Erickson, All Movie Guide 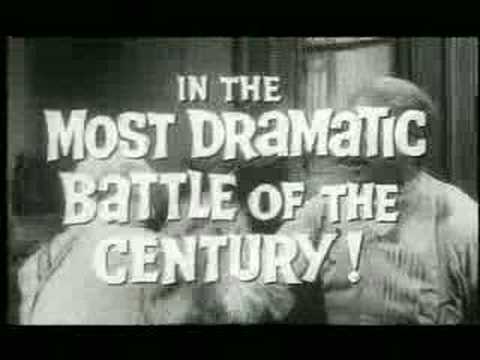