William Abb "Billy" Cannon (born August 2, 1937) is an All-American, 1959 Heisman Trophy winner and 2008 inductee into the College Football Hall of Fame from Louisiana State University in Baton Rouge, and one of the American Football League's most celebrated players.
He was born in Philadelphia, Mississippi, and moved to Baton Rouge when his father got a job there during World War II. He graduated from Istrouma High School in 1956.

Cannon played three seasons for LSU: 1957, 1958, and 1959. In 1958, Cannon led LSU to its first AP national championship. #1 LSU clinched the title in the Sugar Bowl, beating #12 Clemson 7-0. The only score was a pass from Cannon to Mickey Mangham. Cannon was also voted the 1958 UPI Player of the Year. In 1959, Cannon led #1 LSU to a victory over #3 Ole Miss. The Tigers were trailing 3-0 when Cannon returned a punt 89 yards for a TD, breaking seven tackles. It was the only TD of the game, resulting in a 7-3 victory for LSU in Tiger Stadium. That year, Cannon won the Heisman Trophy and was again voted the UPI College Football Player of the Year|UPI Player of the Year. Other big games from Cannon's time at LSU were unranked LSU's 20-13 victory over #17 Georgia Tech in 1957, #1 LSU's 14-0 victory over #6 Ole Miss in 1958, and #1 LSU's 10-0 victory over #9 TCU in 1959. The No. 20 worn by Cannon was retired after the 1959 season. It was the only football number retired by LSU until 2009, when Tommy Casanova's number was also retired.
In 2008, Cannon was elected into the College Football Hall of Fame.[3] He will be formally inducted during a ceremony on December 9.

Billy Cannon of Louisiana State University gained 598 yards rushing, an average of ran them back for 221 yards, returned eight kickoffs for 191 yards, scored seven touchdowns and punted 44 times for an average of 40.3 yards. The shifty, slashing 6'1", 210-pound "atomic cannon" was clocked in the hundred in 9.4 and was the scourge of LSU's Southeastern Conference opponents for three years. Cannon went on to a distinguished career in pro ball with the Houston Oilers (4 years), the Oakland Raiders (6 years) and the Kansas City Chiefs (1 year). He was named All-Pro halfback with Houston and All-Pro tight end with Oakland. During his pro years Billy went to dental school at the University of Tennessee, graduating in 1968 with a D.D.S. He continued a graduate program in orthodontia at Loyola in Chicago, gaining two additional degrees. Billy and his wife Dorothy have five children and reside in Baton Rouge , LA, where he is an orthodontist.

LSU star Billy Cannon was a runaway winner, with his 1,316-point margin over Richie Lucas of Penn State ranking was the ninth highest in Heisman history. Cannon finished first in all five sections and had 519 first place votes to only 97 for runner-up Lucas.

After high school, Cannon enrolled in Louisiana State University (LSU) where he began his great football career. Billy Cannon played three seasons for LSU and led the team to their first College Football National Championship in 1958. The Tigers captured the football title after defeating Clemson 7-0 in the Sugar Bowl.

You can vote for the '58 Tigers as the best SEC team ever at Top All-Time SEC Football Team Survey.

After the 1959 football season, Billy Cannon was awarded the Heisman Trophy, the most prestigious and coveted award in college football. To earn this honor, Cannon gained 598 yards rushing, returned eights kickoffs for 191 yards, and scored seven touchdowns.

For his accomplishments on the LSU football team, Cannon’s jersey number, "20", was retired after the 1959 season. LSU had never before, and has never since, retired a player’s number. 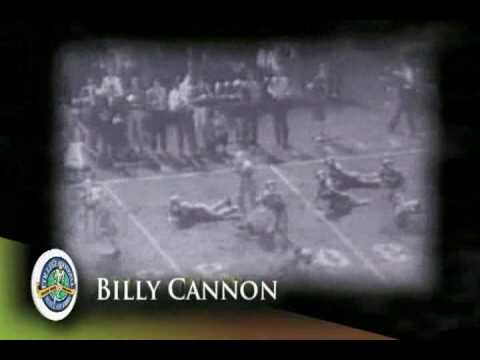 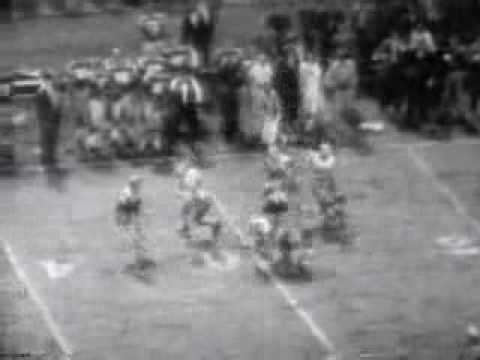