Malpasset was an arch dam on the Reyran River, constructed approximately 7 km north of Fréjus on the Côte d'Azur, southern France, in the Var département.

The dam was breached at 21:13 on December 2, 1959. The entire wall collapsed with only a few blocks remaining on the right bank. Pieces of the dam are still scattered throughout the area. The breach created a massive dam break wave, or wall of water, 40 metres (130 ft) high and moving at 70 kilometres (43 mi) per hour, destroying two small villages - Malpasset and Bozon, the highway construction site, and in 20 minutes reaching Fréjus, still standing 3 metres (10 ft) high. Various small roads and railroad tracks were destroyed as well, water flooding the western half of Fréjus and finally reaching the sea.

The construction of a dam near Fréjus is proposed just after the Second World War, in the context of large infrastructure projects in the country. Its main purpose is to provide a reservoir of water to irrigate crops in a region where rainfall is very irregular. The General Council of Var, overseer of the operation, receives a major grant from the Ministry of Agriculture. He then appealed to the great specialist arch dams, Andrew Coyne, "author" of the Tignes dam example. The site chosen is Reyran Valley, a torrent dry in summer and floods in winter, at a place called "Malpasset", a name which perpetuates the memory of a stagecoach robber.

Cracking was noticed near the base on the downstream side of the dam, but it was not investigated. It is undetermined when these cracks appeared.
Just weeks after the cracks were noticed, on December 2, 1959, a terrible disaster occurred: the dam failed, killing possibly 500 people.

Little remained of the dam; failure had been sudden and catastrophic. The dam swung open and released the reservoir water. The dam itself soon broke away from the abutments and travelled downstream. 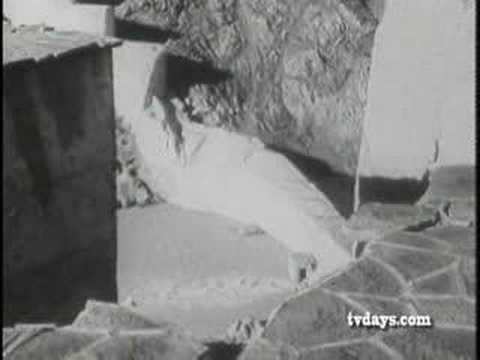