As news of the fall of Batista's government spread through Havana, The New York Times described the scene as one of jubilant crowds pouring into the streets and automobile horns honking. The black and red flag of the 26th of July Movement waved on automobiles and buildings. The atmosphere was chaotic. Castro called a general strike in protest of the Piedra government. He demanded that Dr. Urrutia, former judge of the Urgency Court of Santiago de Cuba, be installed as the provisional President instead. The Cane Planters Association of Cuba, speaking on behalf of the island's crucial sugar industry, issued a statement of support for Castro and his movement.
Law professor José Miró Cardona created a new government with himself as prime minister and Manuel Urrutia Lleó as president on January 5. The United States officially recognized the new government two days later. Castro himself arrived in Havana to cheering crowds and assumed the post of Commander-in-Chief of the Armed Forces on January 8.

On January 8, 1959, Castro marched into Havana victoriously as Cuba’s new and popular leader. On January 5, on Castro’s demand, Dr. Urrutia, former judge of the Urgency Court of Santiago de Cuba, was installed as the Provisional President and Law professor Jose Miro Cardona as Prime Minister. Castro assumed the post of Commander-in-Chief of the Armed Forces on January 8.

Fidel Castro made the 600-mile trip to Havana in an open jeep. He arrived in Havana on January 8, 1959 to a grateful Havana which was a riot of color and noise.

In his first major address he called on the revolutionaries to disarm referring specifically to the students who led "the Revolutionary Directorate - who had broken into the barracks and removed a large number of rifles and a store of ammunition that belonged their. "As soon as possible I shall take the rifles off the streets." No one had the right to organize private armies. "arms for what?" 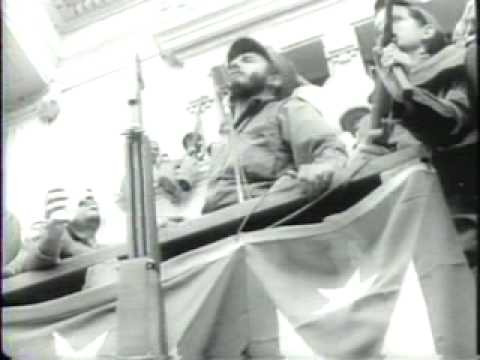 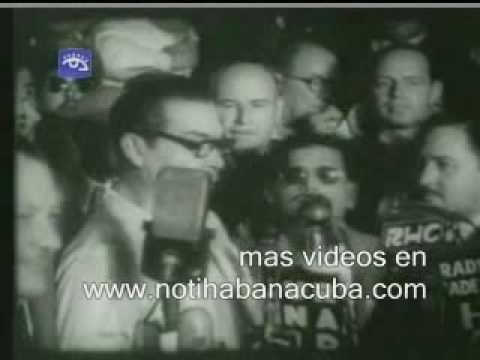