The 1958 Masters is where Palmer became the biggest star in golf.

It was his first major championship victory, and the first of his eventual four wins at The Masters. Some propitious events through holes 11, 12 and 13 helped Palmer to the victory, and in his post-tournament article for Sports Illustrated, author Herbert Warren Wind referred to those holes at Augusta as "Amen Corner."

So the 1958 Masters gave us the terms Arnie's Army and Amen Corner, was Palmer's first major championship, and propelled Palmer to superstardom.

Aided by an eagle at No. 13 Sunday, Arnold Palmer won his first of four Masters titles. That year Herbert Warren Wind first used 'Amen Corner' in a story to describe where the critical final day's action had occurred. 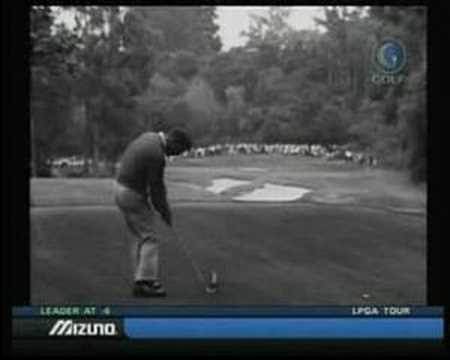