She was the first African American to win a tennis championship at the historic All England Lawn Tennis & Croquet Club.

Born on August 25, 1927, in Silver, South Carolina, Gibson grew up in New York's Harlem, a haven for black artists, musicians, and intellectuals in the 1920s. She took her first tennis lesson at the age of thirteen after receiving a tennis racket as a gift. A year later, she won her first tournament in a match sponsored by the American Tennis Association, a mainly African-American league.

Born in Silver, South Carolina, Gibson was the daughter of sharecroppers and was raised in Harlem, New York City. She and her family were on welfare. Gibson had trouble in school. She ran away from home quite frequently. She excelled in horsemanship but also competed in golf, basketball, and table tennis. Her talent for and love of table tennis led her to win tournaments sponsored by the Police Athletic League and the New York City Department of Parks and Recreation. Musician Buddy Walker noticed her playing table tennis and introduced her to tennis at the Harlem River Tennis Courts. Dr. Walter Johnson, a Lynchburg, Virginia, physician who was active in the black tennis community, helped with her training.

With the assistance of a sponsor, Gibson moved to Wilmington, North Carolina in 1946 for tennis training, and in 1947 at the age of 20, she won the first of 10 consecutive national championships run by the American Tennis Association, then-governing body for black tournaments. Forced to play in what was basically a segregated sport, at age 23 Gibson was finally given the opportunity to participate in the 1950 U.S. Championships after Alice Marble had written an editorial for the July 1, 1950, edition of American Lawn Tennis Magazine. Marble said, "Miss Gibson is over a very cunningly wrought barrel, and I can only hope to loosen a few of its staves with one lone opinion. If tennis is a game for ladies and gentlemen, it's also time we acted a little more like gentlepeople and less like sanctimonious hypocrites.... If Althea Gibson represents a challenge to the present crop of women players, it's only fair that they should meet that challenge on the courts." Marble said that if Gibson were not given the opportunity to compete, "then there is an uneradicable mark against a game to which I have devoted most of my life, and I would be bitterly ashamed." Gibson continued to improve her tennis game while pursuing an education. In 1953, she graduated from Florida A&M University on a tennis and basketball scholarship and moved to Jefferson City, Missouri to work as an athletic instructor at Lincoln University. 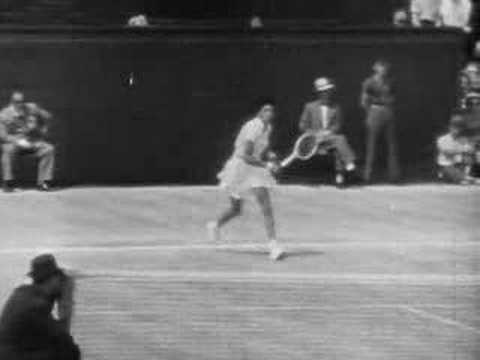 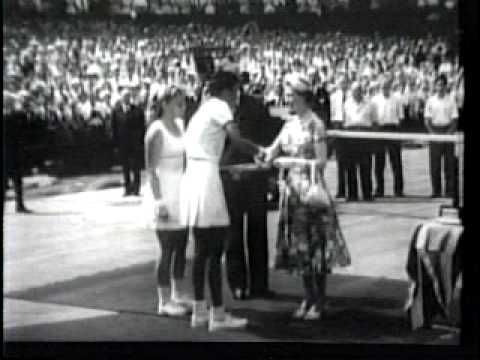 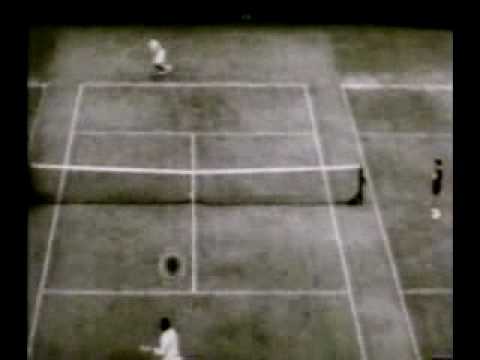 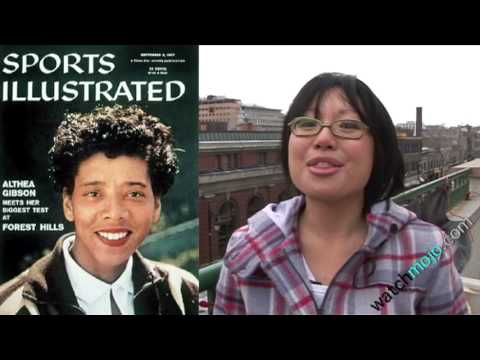