"The Prince and the Showgirl" is released

When Grandduke Charles, the prince-regent of Carpatha, a fictitious Balkan country which could start a European war by switching alliances, visits London for the coronation of the new British king in 1911, and spends his one evening off at the Coconut Girl club, the reputed stickler for protocol is so charmed by a clumsy American understudy that he orders his British attaché to invite her to the embassy for a private supper. Being overlooked and understanding German, she learns of the repressive attitude of the regent and the plans of his reformist, pro-German minor son, king Nicholas, to take over power by surprise, but doesn't dodge and tries to reconcile father and son. The queen-dowager decides to make her lady-in-waiting for the coronation day, so she stays in the picture to everyone else's surprise

Bus Stop was followed by The Prince and the Showgirl directed by Laurence Olivier, who also co-starred. Prior to filming, Olivier praised Monroe as "a brilliant comedienne, which to me means she is also an extremely skilled actress". During filming in England he resented Monroe's dependence on her drama coach, Paula Strasberg, regarding Strasberg as a fraud whose only talent was the ability to "butter Marilyn up". He recalled his attempts at explaining a scene to Monroe, only to hear Strasberg interject, "Honey — just think of Coca-Cola and Frank Sinatra."
Despite Monroe and Olivier clashing, Olivier later commented that in the film "Marilyn was quite wonderful, the best of all."Monroe's performance was hailed by critics, especially in Europe, where she won the David di Donatello, the Italian equivalent of the Academy Award, as well as the French Crystal Star Award. She was also nominated for a BAFTA. 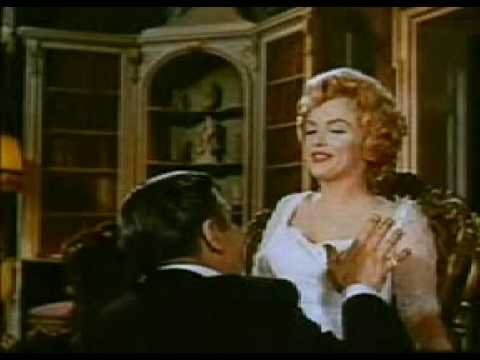