Hellcats of the Navy (1957) is remembered mostly as the answer to a trivia question -- what was the only movie Ronald Reagan and Nancy Davis appeared in together?

This is it, and if you’re wondering what room there was for a female star in a submarine movie (he was top-billed, she got second billing), it’s a valid question.

Hellcats of the Navy (1957) is a movie starring Ronald Reagan and wife Nancy Davis (her then professional name) — a moral World War II submarine tale — the only film in which they appear together.

Reagan plays Captain Casey Abbott, commander of the fictional submarine USS Starfish, who is ordered to undertake a dangerous mission which sees him attempting to cut off the flow of supplies between China and Japan in the heavily-mined waters off the Asiatic mainland. When a diver, who is Abbott's competitor for the affections of Nurse Lieutenant Helen Blair (Davis) back at home, gets into a dangerous situation, Abbott must struggle to keep his personal and professional lives separate in dealing with the crisis.

Reagan noted in his autobiography that he was disappointed in the film overall, having expected a result more like Destination Tokyo, a major Warner Bros. film of a decade previous. The diminishing status of the films he was offered led to his voluntary absence from the big screen.

The script for Hellcats was written under a "front" pseudonym by Bernard Gordon, aka "Raymond T. Marcus." A victim of the blacklist and a former member of the Communist Party, Gordon found it ironic[citation needed]that the one on-screen pairing of the Reagans was penned by a man who could not sign his own name to the script, since he was a victim of a blacklist the star denied ever existed. (Reagan stated this denial in 1980 to Joseph Alsop, although it is also clearly at odds with his wife Nancy's experience in the 1950s, having been mistaken for another "Nancy Davis" who was indeed on the "do not hire" list).[citation needed]

As a result of this film and Mr. Reagan's service as Commander in Chief, the Reagans are particularly revered by the Navy, which was especially evident during Mr. Reagan's funeral services. 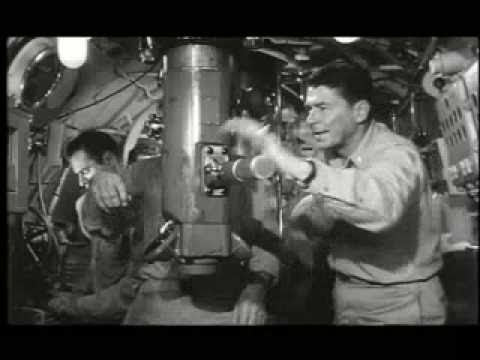 View other events that happened in May 1957