The Soviet Union went on to launch a series of additional Sputnik satellites.

Sputnik 2, for example, carried a dog into space, named Laika. Sputnik 2 weighed 1120 pounds. It was launched on November 3, 1957. The launch site was again the Baikonur Cosmodrome, which is located near the city of Tyuratam in Kazakhstan, close to the Aral Sea.
Laika was first living creature to orbit the Earth. Sources describe her as either a mixed-breed or a Husky. She lived for seven days in space, until her oxygen supply was exhausted. Her vital signs were monitored by sensors and transmitted to the Earth via telemetry signals.

Laika (Russian: Лайка, literally meaning "Barker") was a Soviet space dog (c. 1954 – November 3, 1957) who became the first animal to orbit the Earth and the first orbital death. Little was known about the impact of spaceflight on living things at the time Laika's mission was launched. Some scientists believed humans would be unable to survive the launch or the conditions of outer space, so engineers viewed flights by non-human animals as a necessary precursor to human missions. Laika, a stray, originally named Kudryavka (Russian: Кудрявка Little Curly-Haired One), underwent training with two other dogs, and was eventually chosen as the occupant of the Soviet spacecraft Sputnik 2 that was launched into outer space on November 3, 1957. Sputnik 2 was not designed to be retrievable, and Laika had always been intended to die.

Laika died a few hours after launch, presumably from stress and overheating, probably due to a malfunction in the thermal control system. The true cause and time of her death was not made public until 2002; instead, it was widely reported that she lived for several days. However, the experiment proved that a living passenger could survive being launched into orbit and endure weightlessness. It paved the way for human spaceflight and provided scientists with some of the first data on how living organisms react to spaceflight environments. On April 11, 2008, Russian officials unveiled a monument to Laika. A small monument in her honor was built near the military research facility in Moscow which prepared Laika's flight to space. It features a dog standing on top of a rocket. 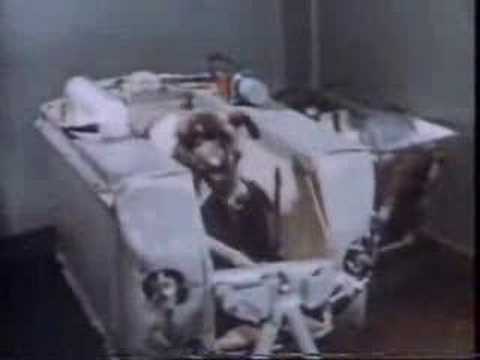