Jackie Robinson decided to retire from baseball after the 1956 season.

He accepted a job offer from the Chock Full O' Nuts restaurant chain in New York and contracted with Look magazine to write an article to break the news and explain his reason "my legs are gone and I know it" (from Glenn Stout's Jackie Robinson, p. 178) (Robinson had worked with Look before, most recently to publish an autobiographical series in January and February 1955.) In December 1956, a month before the "My Future" article appeared, the Dodgers' general manager told Robinson that the team had traded him to the New York Giants. Robinson followed through with his retirement plans, although the Giants' management tried to change his mind.

After the 1956 season, Robinson was traded by the Dodgers to the arch-rival New York Giants for Dick Littlefield and $35,000 cash. The trade, however, would never be completed; unbeknownst to the Dodgers, Robinson had already agreed with the president of Chock full o'Nuts to quit baseball and become an executive with the company. Robinson retired from baseball on January 5, 1957. Since Robinson had sold exclusive rights to any retirement story to Look magazine two years previously, his retirement decision was revealed through the magazine, instead of through the Dodgers organization.

Jackie Robinson retires‚ voiding the December deal with the Giants. 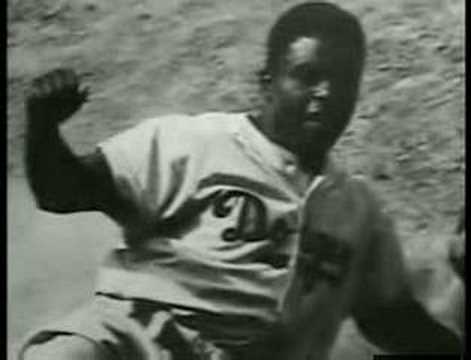