Larsen is best known for pitching a perfect game in the 1956 World Series.

The later innings were tense for players and fans alike. Larsen's teammates remained silent. Baseball custom dictates that players never discuss the possibility of a no-hitter as it unfolds. Both TV announcers—Hall of Fame sportscasters Mel Allen, who did the first half of the game, and Vin Scully, who did the second half of the game—adhered to the baseball custom of never using the words "no-hitter" or "perfect game" on the air; instead, Scully, in the later innings, made repeated reference to the number of Dodgers retired consecutively, and, at the beginning of the ninth inning, stated that "Yankee Stadium is shivering to its concrete foundations."

This traditional taboo against talking about a hitter meant little to Larsen, who playfully asked his teammates if they thought he could complete the no-hitter, earning a gruff dismissal from Mantle. Larsen says that Mantle stalked away in silence; some teammates remember Mantle saying, "Shut the fuck up." The unconcerned Larsen even took a cigarette break in the clubhouse during the seventh inning stretch. 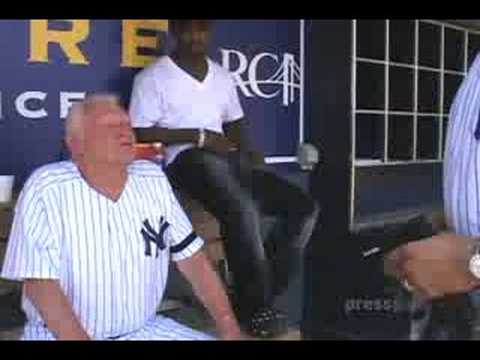 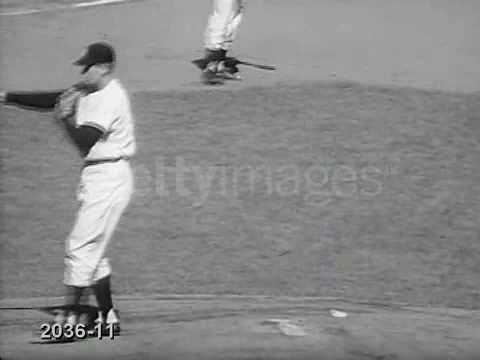