The Chrysler 300 "letter series" were high-performance luxury cars built in very limited numbers by the Chrysler Corporation in the United States between 1955 and 1965.

Each year's model used a new letter of the alphabet as a suffix (skipping "i"), reaching 300L by 1965, after which the model was dropped.
The 300 "letter series" cars were the vehicles that really rekindled interest in performance among major American manufacturers after World War II, and thus can be considered the muscle car's ancestors, though much more expensive and exclusive.
Chrysler has recently started using these designations again for sporting near-luxury sedans, using 300M from 1999, and continuing the 300 series with a new V8-powered 300C, the top model of a relaunched Chrysler 300 line, a new rear wheel drive car launched in 2004 for the 2005 model year. This is disliked by some fans of old Chryslers who do not approve of the reuse of a 300 letter series designation. Unlike the first series, the second does not have 300 hp (220 kW) engines, except for today's top-line 300C.

This first of the letter series cars didn't actually bear a letter; it can retroactively be considered the '300A'. The 'C-' designation was applied to all Chrysler models, however for marketing purposes the numerical series skipped more than 225 numbers forward in sequence in order to further reinforce the 300's bhp rating. The 300 originally stood for the 300 hp (224 kW) engine. The C-300 was really a racecar sold for the road for homologation purposes, with Chrysler's most powerful engine, the 331 cu in (5.4 L) FirePower "Hemi" V8, fitted with twin 4-barrel carburetors, a race-profiled camshaft setup, solid valve lifters, stiffer suspension and a performance exhaust system. This was the first American production car to top 360 hp (268 kW), and the letter series was for many years the most powerful car produced in the United States by a fair margin.
The car's "Forward Look" styling can be attributed as much to the Chrysler parts bin as designer Virgil Exner. The front clip, including the grille, was taken from the Imperial of the same year, but the rest of the car did not look like an Imperial. The midsection was from a New Yorker hardtop, with a Windsor rear quarter. Exner tweaked the design to integrate these elements, including fitting base-model Chrysler bumpers, and removing the exterior mirrors for reduced drag at high speeds.
Measured at 127.58 mph (205.32 km/h) in the Flying Mile and doing well in NASCAR, the C-300 aroused a lot of interest that was not reflected in its modest sales figure of 1,725 built.

1958 was to be the last year of the old FirePower Hemi in the 300. This year's engine was still 392 cu in (6.4 L), but tuned to 380 hp (283 kW) as standard. Thirty-five cars were built with electronic fuel injection and delivered 390 hp (291 kW), but the fuel injection system was troublesome and most cars soon had it replaced with the standard twin-quad carburetor setup. A 300D was driven to 156.387 mph (251.680 km/h) at the Bonneville Salt Flats that year, but only 618 hardtops and 191 convertibles were produced, partly thanks to recessionary times.

The original Chrysler 300 letter series cars are some of the most collected classic Chrysler cars collected today, and interest has been renewed in these classics with Chrysler's release of the new 300 series. The 3000 letter series began in 1955 and ran through 1965, with each year bringing the next letter in the alphabet. The first year, the model was named C-300, and the following years it went from 300B, 300C, and so on through 300L. The 300 letter series cars can be considered the “grandfather” of the muscle car , since it was the first model after World War II based on real performance. Unlike the muscle car of the late 1960’s and early 1970’s, which was based on high performance and a cheap buy, the 300 letter series was a high performance car but a true luxury and expensive model. The 300 was derived from it’s 300 horsepower Hemi V8.

The Hemi engine was dropped for the 1959 model year with the 300E. Output was about the same with the Golden Lion wedge-head V8, but sales dropped without the Hemi engine, and the current recession. Sales increased dramatically for the 1960 300F, due to new unibody construction and sharp styling changes. The body style would go through more extensive changes for the 1962 300H model line. 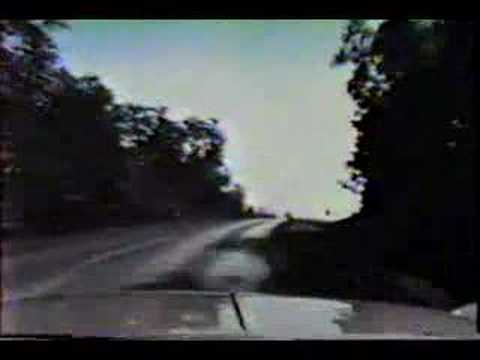