Having reported discrete episodes in the Cold War, Murrow and Friendly decided to expose the architect of the paranoia, McCarthy himself.

On 9 March 1954 See It Now employed audiotapes and newsreels, to refute the outrageous half-truths and misstatements of the junior senator of Wisconsin. In his tailpiece before the signature "Good Night and Good Luck," Murrow explicitly challenged his viewers to confront the nation's palpable fears. A month later, McCarthy accepted an invitation to respond and his bombastic rhetoric, calling Murrow "the leader and cleverest of the jackal pack," coupled with the later failure of his televised investigation into Army, left his career in a shambles. The McCarthy program also produced fissures in the relationship between Murrow and the network. Again, CBS did not assist in promoting the broadcast; but this time CBS executives suggested that Murrow had overstep the boundaries of editorial objectivity. In the process, Murrow had become controversial and, therefore, a possible liability to the company's business opportunities.

One of the most prominent attacks on McCarthy's methods was an episode of the television documentary series See It Now, hosted by journalist Edward R. Murrow, which was broadcast on March 9, 1954. Titled "A Report on Senator Joseph R. McCarthy", the episode consisted largely of clips of McCarthy speaking. In these clips, McCarthy accuses the Democratic party of "twenty years of treason," describes the American Civil Liberties Union as "listed as 'a front for, and doing the work of,' the Communist Party," and berates and harangues various witnesses, including General Zwicker.

The following week See It Now ran another episode critical of McCarthy, this one focusing on the case of Annie Lee Moss, an African American army clerk who was the target of one of McCarthy's investigations. The Murrow shows, together with the televised Army-McCarthy hearings of the same year, were the major causes of a nationwide popular opinion backlash against McCarthy, in part because for the first time his statements were being publicly challenged by noteworthy figures. To counter the negative publicity, McCarthy appeared on See It Now on April 6, 1954, and made a number of charges against the popular Murrow, including the accusation that he colluded with the "Russian espionage and propaganda organization" VOKS. This response did not go over well with viewers, and the result was a further decline in McCarthy's popularity.

We proclaim ourselves, as indeed we are, the defenders of freedom, wherever it continues to exist in the world, but we cannot defend freedom abroad by deserting it at home. The actions of the junior Senator from Wisconsin have caused alarm and dismay amongst our allies abroad, and given considerable comfort to our enemies. And whose fault is that? Not really his. He didn't create this situation of fear; he merely exploited it — and rather successfully.” 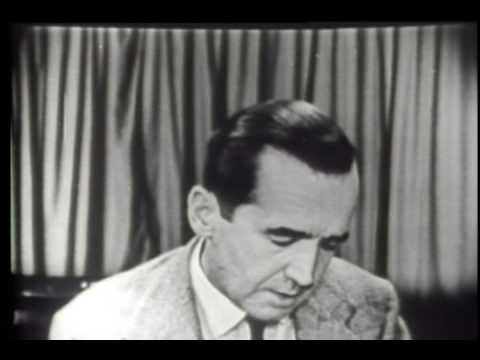 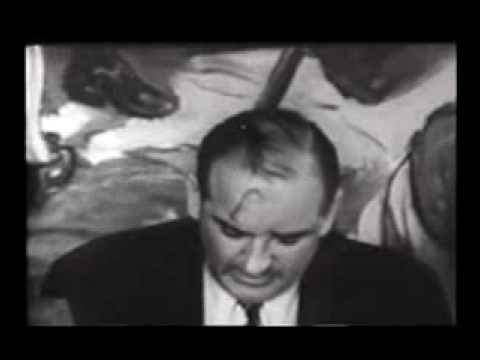