Leaving a death toll in Hati of more than 200 and an injured list of at least 500, according to unofficial reports reaching here, Hurricane Hazel moved toward the island of Mayaguana in the Bahamas late today.

The storm, which had lost considerable intensity in the Haitian mountains after creating havoc on Haiti's south peninsula, was picking up intensified circulation again in the Atlantic.

At 4p.m. the storm was about 30 miles west-southwest of Mayaguana, where a U.S. Air Force base is located, which was getting winds of near-hurricane force at that time from the north-east semicircle of the storm.

By 4:30 p.m., the storm was located over New York and Pennsylvania and heading directly for Toronto. Rain began to fall heavily, resulting in traffic problems during the evening rush hour. Underpasses began to collect water complicating the evening commute. However, by 7:00 p.m. Hazel had pushed the cold front to the west side of the Humber River and the weather cleared over Toronto, Etobicoke, and Weston. The Greater Toronto Area was rather peaceful after that. Toronto Hydro actually contacted the weather office to ask if the worst of the storm was over so they could send their crews home. Turnbull told them, “The worst is yet to come. This is the pause that always comes during a hurricane. The wind and rain will reach their peak by 11:00.”

Starting in the eastern Caribbean, Hurricane Hazel pottered harmlessly over the water for an entire week, poking tentatively westward, turning leisurely to the north. Then Hazel hit Haiti. Like many another lady tourist in that exotic land, Hazel went wild.

The storm smacked the tip end of Haiti's long, southern peninsula, neatly avoiding its mountain barriers, and danced disastrously across some of the island's most heavily populated areas. At Dame-Marie, floods and high winds killed 40; the towns of Jeremie and Aux Cayes were largely unroofed. The International Red Cross estimated that too people were dead and 100,000 homeless after the storm's brief passage. But Haiti foresaw as the storm's worst effect months of starvation for remote, hand-to-mouth villagers, whose subsistence crops of bananas and plantains were ruined.

Meteorologists watched Hazel with fascination and concern since the day it had formed, October 5, from a system of thunderstorms that rolled off the east coast of Africa. Hurricanes are often spawned from African weather systems during the early months of the hurricane season, which runs from June 1 to November 30. Hurricanes that form after September, however, are far more likely to originate in the Caribbean Sea or Gulf of Mexico.

Hurricane Hazel's fierceness was quickly apparent. The storm killed hundreds when it struck Haiti on October 12.

Hazel intensified to a Category 3 Hurricane on October 13th. An upper level trough of low pressure over the Mississippi Valley turned the Hurricane north across the southeastern Bahamas. As the trough amplified, it pulled the strengthening hurricane closer to the southeastern United States coast. On the 15th, Hazel accelerated toward the Carolina coast. Hazel made landfall as a Category 4 hurricane near the North Carolina/South Carolina border, placing the eastern one-third of North Carolina in the dangerous right front quadrant of the storm. 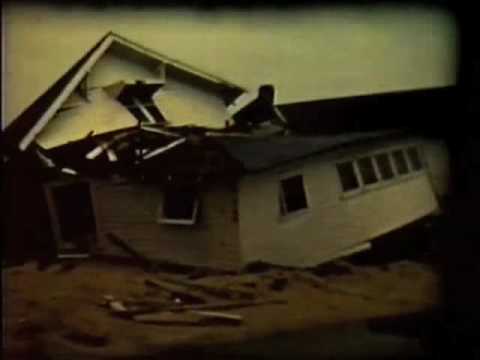 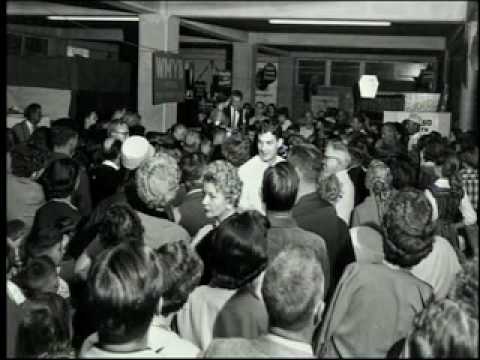