OXO (also known as Noughts and Crosses) is a tic-tac-toe computer game made for the EDSAC computer in 1952.

It was written by Alexander S. Douglas as an illustration for his Ph.D. thesis on human-computer interaction for the University of Cambridge. OXO was the first digital graphical game to run on a computer.

The simulation was played using a rotary telephone controller, and was designed for the world's first stored-program computer. OXO is often listed as the first computer game.

In OXO the player played against the computer, and output was displayed on the computer's 35×16 pixel cathode ray tube. The source code was short, yet it played a perfect game of noughts and crosses. OXO did not have widespread popularity because the EDSAC was a computer unique to Cambridge. 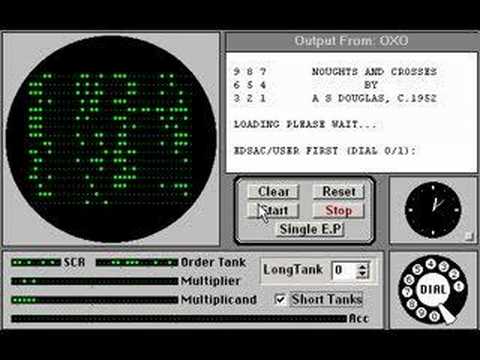