"The Big Sky" Is Released

The Big Sky is a 1952 Western film directed by Howard Hawks, based on the novel of the same name.

Though not considered amongst Hawks' major achievements by most critics, the film was chosen by Jonathan Rosenbaum for his alternative list of the Top 100 American Films.

The Big Sky is based on a popular novel by A.B. Guthrie. Kirk Douglas and Dewey Martin play a pair of Kentucky frontiersmen who embark upon the first keelboat trip up the Missouri River way back in 1830. Joining Douglas and Martin are Martin's grizzled old uncle Arthur Hunnicutt and garrulous Frenchman Steven Geray. Running afoul of various Indian tribes, Douglas nonetheless romances Sioux princess Elizabeth Threatt (their off-screen relationship was on the kinky side, as an embarrassed Douglas reveals in his autobiography). Director Howard Hawks leavens the Boys' Own Adventure atmosphere of the film with a few isolated comic sequences, including a sidesplitting scene in which Douglas' gangrenous finger is cut off. Produced for RKO Radio by Hawks' own Winchester Pictures, The Big Sky was released at 141 minutes, though the TV print runs 122 minutes. ~ Hal Erickson, All Movie Guide 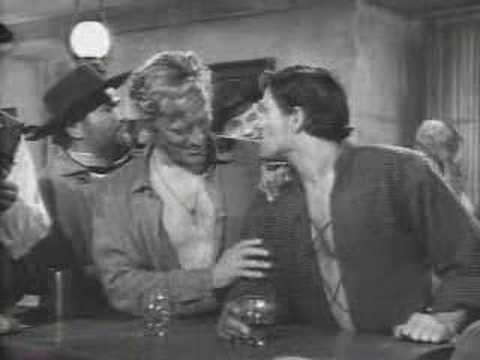