'This I Believe' Airs On CBS Radio

We hardly need to be reminded that we are living in an age of confusion. A lot of us have traded in our beliefs for bitterness and cynicism, or a for a heavy package of despair, or even a quivering portion of hysteria. Opinions can be picked up cheap in the marketplace, while such commodities as courage and fortitude and faith are in alarmingly short supply. Around us all—now high like a distant thunderhead, now close upon us with the wet choking intimacy of a London fog—there is an enveloping cloud of fear.”

The idea for This I Believe flowed from both the WWII broadcasting experiences of Edward R. Murrow (who had spent of the latter 1930s and most of 1940s in the United Kingdom and continental Europe), and the emerging Cold War hostility with the Soviet Union.

During Murrow's stay in London he had become a friend of the WWII British Prime Minister Winston Churchill (who had an American mother and British father), and this enabled him to introduce Churchill to William S. Paley, who was his boss at CBS. During WWII Paley spent much of his time in London working in the Psychological Warfare Branch of the Office of War Information (OWI), which included redirecting the transmitters of Radio Luxembourg following the liberation of the Grand Duchy, for use as a black propaganda station (Radio 1212). Meanwhile Murrow had "covered the London air raids from the streets and rooftops ...went on 25 bombing missions over Germany and broadcast from a British minesweeper in World War II." (See TIME magazine, Monday, September 30, 1957: : This is Murrow) This close relationship between Murrow, Paley, CBS and the British Establishment led to an offer after the War for Murrow to become part of the editorial diarchy at the British Broadcasting Corporation, an offer that was not endorsed by the BBC Board of Directors.

Murrow returned to the USA which was in a growing Cold War with its former WWII partner, the Soviet Union. During these years of the late 1940s and early 1950s, political paranoia involving a Communist conspiracy was flowing from Washington, DC and it eventually came to be led by U.S. Senator Joseph McCarthy. Paley who came from a CBS/OWI background also became a firm supporter of the new Central Intelligence Agency after the War and allowed some of his part-time CBS newsmen to serve as CIA agents. His own Paley Foundation also became engaged in laundering money for the CIA and Paley allowed the creation of a CBS blacklist and Murrow was among the first to sign a CBS loyalty affirmation. (See pages 303-307, In All His Glory: The life of WIlliam S. Paley.) At the same time the Pledge of Allegiance was being repackaged amid controversy as a general test of American loyalty at large, and it was into this climate of fear and agitation that Murrow introduced his new radio program: This I Believe.

Murrow's style of presentation had been influenced by a teacher of speech named Ida Lou Anderson. She suggested that he should become more concise in his opening presentations on radio. Cesar Saerchinger, his predecessor at CBS Europe had introduced his broadcasts with: "Hello America. This is London calling." Murrow abbreviated his own opening remarks to "This...is London" and he soon began adapting the prefix "this" to many titles including "This... I Believe". James Earl Jones became one of many to adopt the Murrow style when he later announced: "This...is CNN". 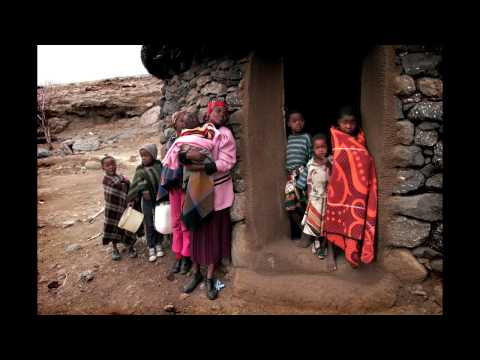