It was hosted by Edward R. Murrow and produced by Murrow and Fred W. Friendly. It ran for one hour on Fridays at 9 pm Eastern Time.

One of the most popular and best selling records of 1948 was the Columbia Records album I Can Hear It Now 1933-1945. The record was a collaboration between Murrow and Friendly. The record interwove historical events with speeches and Murrow's narration and marked the beginning of one of the most famous pairings in journalism history. The huge success of the record (and two follow-up albums released in 1949 and 1950) prompted the pair to parlay it into a weekly radio show for CBS, called Hear It Now. Originally, the series was to have been titled Report to the Nation, and was identified as such when it was announced as the following week's replacement for Broadway Is My Beat at the end of its December 8, 1950 episode. Before its premiere, though, CBS retitled it Hear It Now to capitalize on the popularity of Murrow's albums.

The show had a "magazine" format. It sought to include a variety of sounds from current events such as an atom smasher at work or artillery fire from Korea. It was the artillery fire that produced one of the show's more poignant moments as it backdropped the words of American soldiers fighting the Korean War. The entire premise of the show was to include the "actual sound of history in the making," according to Murrow. Some of the show's audio was what Time Magazine called "fairly routine" in 1950. Such soundbites as Communist China's General Wu and Russia's Andrei Vishinsky along with U.S. Ambassador to the United Nations Warren Austin were included among those routinely used. But Time also lauded the "vivid reality" created by the aforemention artillery clips, comments from wounded U.S. Marines or Carl Sandburg's recital of his The People, Yes.
The legwork involved in producing the program often exceeded the amount of programming culled from the reporting. For an hour and a half of interviews in Koto the duo was able to use 21 seconds of the material on the air. The program also shied away from the traditional use of string music common to many radio shows of the time period. Instead the show relied on composers such as David Diamond and Lehman Engel to produce its music.

The rising importance of television compelled a reluctant Murrow, in 1951, to introduce a TV version of the radio show, called See It Now. With the inception of See It Now, Hear It Now ended its on-air run. 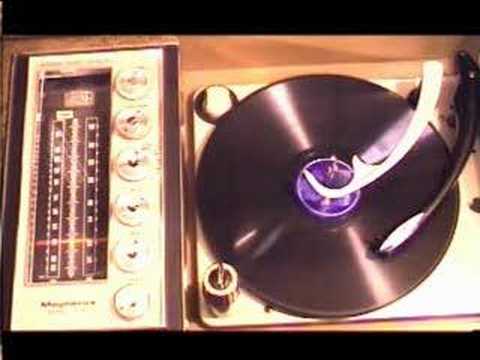 View other events that happened in December 1950