About 2:30 a.m. on the morning of the 17th, a passenger discovered a small fire in a linen closet.

Attempts to extinguish the fire proved futile and the flames spread quickly through the wood interior of the ship. Within 10 minutes, the Noronic was a raging inferno. Passengers, most of whom were sleeping, were roused from their beds, but with the corridors filled with smoke and choked with people, many found it impossible to escape the chaos. As fire raced through the cabins and corridors, some passengers jumped into Toronto Harbour in a desperate attempt to save their lives. The Toronto Fire Department arrived on the scene in minutes and rescued as many people as possible, but they could do nothing for the Noronic. By 5 a.m., the "Queen of the Great Lakes" was a smoldering ruin, a victim of a devastating fire that left over one hundred dead and scores injured.

The death toll from the Noronic disaster was never precisely determined. It ranges anywhere from 118 to 139 deaths. Most died from either suffocation or burns. Some died from being trampled or from leaping off the upper decks onto the pier. Only one person drowned. To the anger of many, all of those killed were passengers.

A Federal inquiry was formed by Canada’s House of Commons to investigate the accident. The fire was determined to have started in the linen closet on C-deck, but the cause was never discovered. It was deemed likely that a cigarette was carelessly dropped by a member of the laundry staff.

The high death toll was blamed largely on the ineptitude and cowardice of the crew. Too few crew members were on duty at the time of the fire, and none attempted to wake the passengers. Also, many crew members fled the ship at the first alarm, and no member of the crew ever called the fire department. Passengers had never been informed of evacuation routes or procedures.

The design and construction of the 36-year-old ship were also found to be at fault. The interiors had been lined with oiled wood instead of fireproof material. Exits were only located on one deck instead of all five. None of the ship’s fire hoses were in working order.

Captain Taylor was hailed as a hero in the weeks after the fire. He was among the last of the crew to leave the Noronic. During the fire, he broke windows, pulling trapped passengers from their rooms. He was even said to have carried an unconscious woman from a smoke-filled passageway and lowered her by rope to rescuers on the pier below. Despite Taylor’s courage, his licence was suspended for a year.

The ship, which settled to the bottom in shallow water, was partially taken apart at the scene. The upper decks were cut away, and the hull was re-floated on November 29, 1949. It was towed to Hamilton, Ontario, where it was scrapped.

Company officials suspected arson. Comparisons were later made to the fire aboard the CSL passenger ship Quebec, on which the fire was proven to have been deliberately set in a linen closet on August 14, 1950. CSL shortly after phased passenger ships from its fleet.

Damage suits for the Noronic were settled for just over $2 million.

Instead of sounding one long blast, three short blasts and another long blast – the signal for fire on board – the horn emitted a bone-chilling shriek that pierced the air without a pause, as if setting the pace for the rest of the night – the Noronic’s “death-cry,” not soon forgotten by those who heard it.

Before the whistle blew, the night watchman for Pier 9, Harper, had his back to the ship, but noticed an orange glow on the walls in front of him. As he turned to look at the ship, the whistle began to blow. Harper was situated on the Starboard side of the ship, and it was evident that the fire, having begun on the Port side, had now progressed to the danger point. 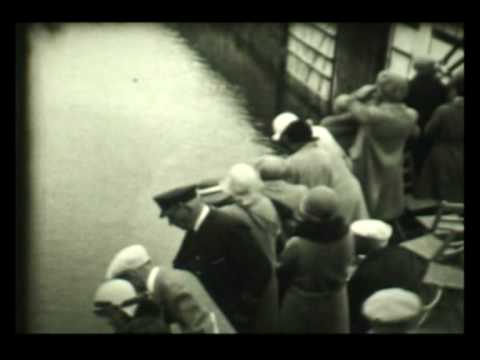 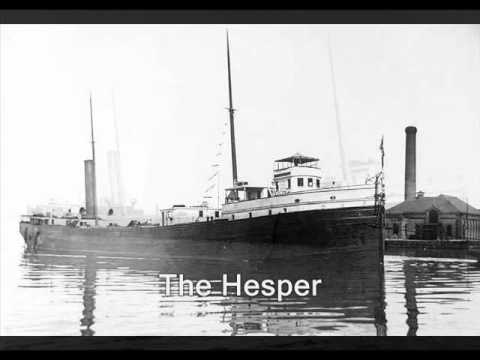 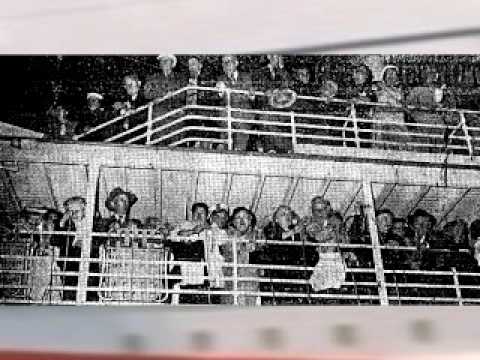